Sold freely in pharmacies without regulations and medical supervision, you might think that OTC drugs are safe to use, but painkillers like Ibuprofen and Paracetamol can be detrimental to your health. Prolonged use of some of these drugs can lead to extensive damage to the liver and kidneys, and even heart attacks and strokes. So what are the dangers in taking these drugs, and how can you avoid them? 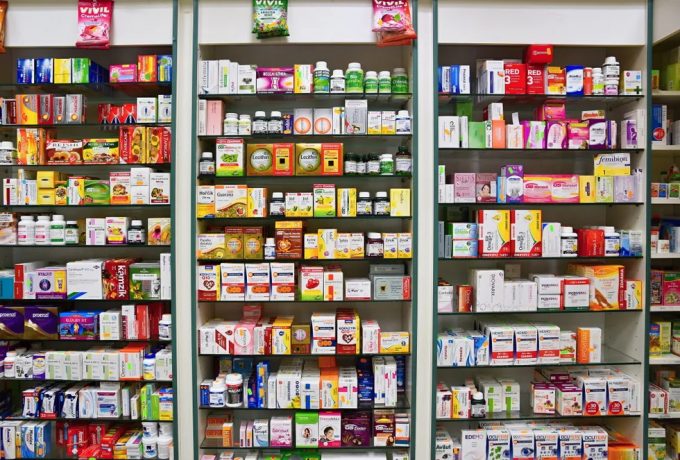 How drugs become available:
Before drugs appear on shelves in pharmacies, they go through many stages of research and testing, meant to verify its efficacy, safety and potential side effects. In the first, pre-clinical phase, the pharmacological properties of the drug are tested on laboratory animals and human tissue cultures. Tests also include the potential of causing birth defects or growths in embryos. If the initial phase is successful, researches move to initial clinical trials on healthy volunteers, using low dosage of the drug to learn both how it affects humans and its level of effectiveness.

In the second clinical phase, researchers screen and select hundreds of patients, giving them different dosages of the drug. This process takes about 2 years, and then progresses to the third clinical stage – dispensing the drug to thousands of patients through local medical centers. In order to verify the drug’s real effects, some control groups receive placebos instead. Once these 4 stages are deemed successful, researchers apply for government approval. This, however, doesn’t conclude the testing phase, because as move people are exposed to the drug, new side effects that weren’t previously diagnosed may arise.

Dangerous side-effects of popular drugs
Each drug has its array of potential side-effects, so before you pop that pill, read this guide and make sure you’re aware of the potential harm it may cause:

Commercial names: Advil, Neurofen
Towards the end of WWII, the Bayer Company discovered Aspirin’s ability to reduce inflammation and pain. Since that time, the NSAID family expanded to include many other drugs that suppress 2 enzymes called COX. The most popular of these is ibuprofen; developed by Dr. Stewart Adams in an improvised laboratory he made in his home kitchen. It actually took him several years of developing the drug before he presented it to the company, getting them to invest in further development.

As well know, no drug is free of side-effects – Ibuprofen may cause gastric bleeding if used for a prolonged period. For this reason, ibuprofen is not recommended for people suffering from stomach ulcers or gastric inflammation, people who take blood-thinners or those suffering from clotting problems. Ibuprofen may also diminish the effects of certain blood-pressure medication.

In extreme cases, ibuprofen may even be far more dangerous: In about 15% of users, liver damage occurs. Initial symptoms are a rise in liver enzymes in the blood which may hint to liver damage. In rarer cases, ibuprofen causes severe liver damage, leading to jaundice, Hepatitis, irreversible damage of liver cells and even liver failure. Without a replacement liver, patients may even die.

2. Paracetamol: One of the most toxic medication available

Paracetamol side-effects are very rare, but over dosage may be fatal: Taking 8 grams a day (more than 16 pills) can lead to irreversible liver damage and might even lead to death. Maximum allowed dosage is 3 grams per day (6 pills), spaced out into 500mg every 4 hours.

It is most dangerous when combined with alcohol, blood-pressure medication, grapefruit juice or supplements that contain Hypericum: Such combination may cause widespread liver damage. Consult the information booklet before taking it in combination with other medicine.

Commercial name: Aspirin
One of the medicine world’s greatest invention, aspirin’s power comes from Salicylic Acid – the main ingredient. Salicylic acid was discovered to not only lower a fever and reduce pain, but also as an effective blood-thinner that can prevent heart attacks and strokes. Recently, it was even discovered that it may prevent some types of cancer, but despite all these benefits, using aspirin is not risk-free.

Aspirin inhibits the COX-1 enzyme, which is in-charge of mucus production and the COX-2 enzyme that regulates body temperature, pain sensation and inflammation. In recent years, aspirin’s preventative properties were discovered to not only include blood-thinning, but also reduce blockage-causing inflammations in blood vessels that cause heart-attacks and strokes.

One of the major side-effects of non-steroidal anti-inflammatory drugs is their tendency to irritate the stomach and cause ulcers and bleeding, this is due to their inhibition of the enzyme in-charge of mucus production. This is the main reason why it’s highly recommended to take aspirin only on a full stomach. In rare cases, Aspirin may trigger Reye’s Syndrome in children and adolescents, and can lead to brain and liver damage. This is why it is forbidden to give aspirin to children under the age of 12.

Aspirin should not be combined with the following drugs:

Anticoagulants – Aspirin may increase the efficacy of the drugs, causing internal bleeding.
Antacids – Reduced acidity in the stomach may hinder coated aspirin tablets from breaking down and releasing into the blood.Corticosteroids – May increase stomach irritation and cause an ulcer.
Gout medication – Aspirin reduces the concentration of the active ingredient (Allopurinol) in the blood, rendering it ineffective.
Diuretics – Aspirin will reduce the concentration of diuretics in the users’ blood.
Phenobarbital – Used to treat seizures, it will become less effective when combined with aspirin.
Phenytoin – Also used for seizure treatment, can become toxic when combined with aspirin.

Don’t be shy – The pharmacist’s job is to inform you of potential side-effects, as well as drugs or foods you need to avoid in conjecture with your drug. Tell the pharmacist about any other medication you are taking to prevent an adverse interaction between the drugs.

Be sure to read the information booklet – Even drugs you’ve been taking for a long time can become dangerous as you age and start taking other drugs as-well. The booklet will list known side-effects, interaction with other drugs, as well as counter-indications for certain users who might be allergic to the drug’s ingredients.

Adjust the intake to your weight – A drug must be adjusted to the patient’s weight to avoid overdosing. This is particularly important in children and babies.

Report all side-effects – If any side-effect occurs when taking the medicine, report it to your family physician immediately! You might need to change dosage or even change medicines.

Avoid prolonged exposure – Do not take a drug for more than 3 days straight without talking to your physician, and only take the recommended dosage in the recommended time-frame, according to your doctor’s orders and the information-booklet.