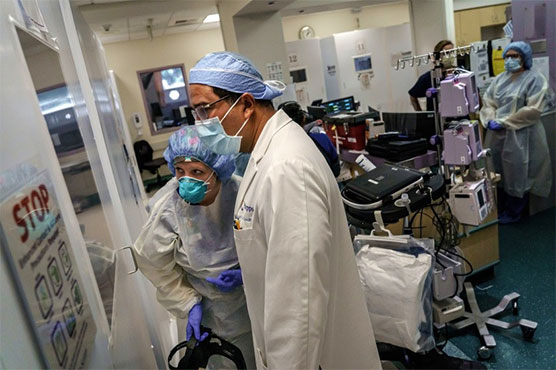 Infections have been reported in more than 213 countries and territories since the first cases were identified in China in December 2019. Some 11,363,390 people have recovered from the coronavirus.

More than 200,000 people have died from coronavirus in Latin America and the Caribbean, with Brazil and Mexico accounting for nearly three-quarters of those deaths, according to an AFP tally compiled from official sources at 0830 GMT on Sunday.

The number of fatalities stood at 200,212 in Latin America and the Caribbean, out of a total 4,919,054 reported cases. The death total doubled in just over a single month.

Latin America is the second hardest hit region in the world after Europe, which has recorded 210,425 deaths and 3,189,322 infections.

The United States and Canada are third. US, the hardest-hit country, accounts for over 4.7 million cases and more than 157,300 deaths.

After Brazil and Mexico, the worst-affected countries in Latin America are Peru, Colombia and Chile.

According to virus infection numbers as a proportion of the population, Peru tops the region s list, followed by Chile, Brazil, Mexico and Panama.

The tallies, using data collected by AFP from national authorities and information from the World Health Organization (WHO), probably reflect only a fraction of the actual number of infections.

Many countries are testing only symptomatic or the most serious cases.

Australia s Victoria state imposes fresh, sweeping restrictions, including a curfew in Melbourne — the country s second-largest city — for the next six weeks, a ban on weddings, and schools and universities going back online in the coming days.

Austria s month-long festival celebrates its 100th anniversary, but with a reduced program and strict safety measures, including masks for spectators until they are seated and its 80,000 tickets — down from the usual 230,000 — personalised to enable contact-tracing.

South Africa has now registered more than 500,000 cases, the health ministry announces, making it by far the hardest hit country on the continent.

More than a third of positive cases are in Gauteng province — South Africa s financial hub and epicentre of the outbreak in the country.