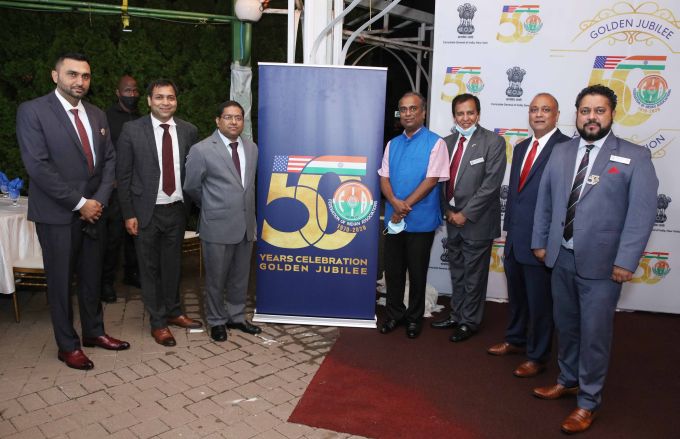 The Federation of Indian Association of NY, NJ, CT (FIA Tristate) hosted a welcome reception on Aug. 7, 2020 for Randhir Kumar Jaiswal, the newly-appointed Consul General of India in New York, at the Royal Albert’s Palace in Fords, New Jersey.

It was an intimate affair due to New Jersey state and local restrictions and regulations on gatherings.

Guests were checked in by FIA volunteers, led by Smita Miki Patel, after which their temperature was checked, prior to entering the reception venue. Each guest was handed a complementary face covering as well. 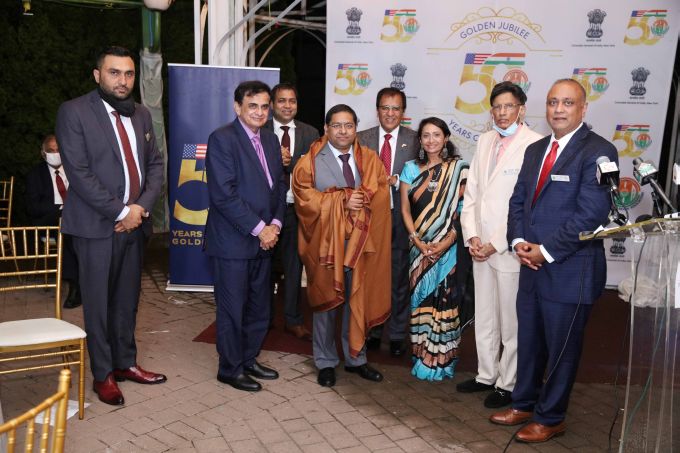 FIA leadership, prominent members of the Indian American community and members of the press attended the event. Guests networked and mingled with each other, observing social distancing guidelines.

Dr. V. K. Raju, founder and president of the Eye Foundation of America, spoke eloquently about the importance of vision and the role his organization plays in restoring vision for the underprivileged community in India and around the world. 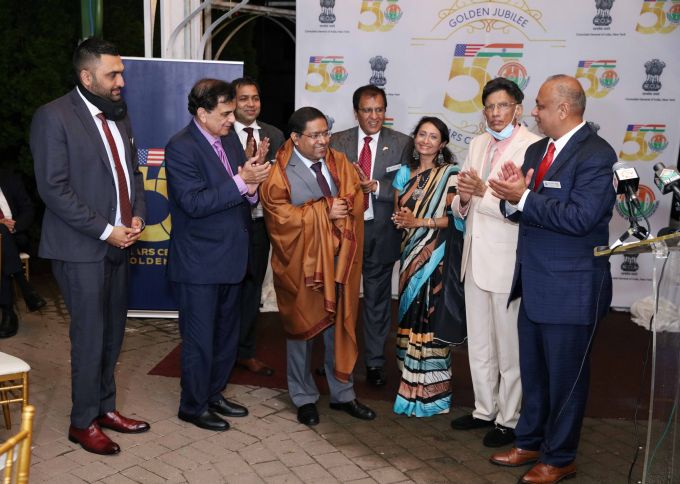 Mahesh Bhagia, chairman of the Edison Democratic Party, delivered a Proclamation from the State Assembly to Consul General Jaiswal.

In his address, Consul General Jaiswal thanked the FIA for a warm welcome, and acknowledged the contributions made by the community in various fields. “The Indian story all over the world is very engrossing, very deep” he said. “I is a story that carries a message of peace and harmony.” Consul General Jaiswal lauded the FIA for putting a stamp on New York City with its flagship India Day Parade “which has become iconic, not just in New York and in this country, but all over the world.” 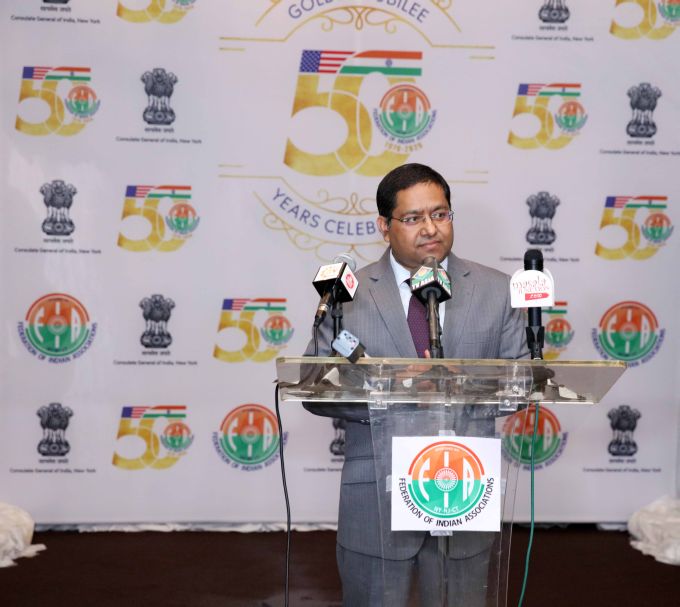 Consul General Jaiswal noted that the Indian American story is that of “peace and progress,” as well as a story of “sharing and caring for others.” And that, he said, is what defines the community and has also become its identity. He urged the community to keep playing a pivotal role in “strengthening the friendship between the U.S. and India, which is going to be a defining pathway of the century.” He said he is looking forward to the time when the Indian American community “will have a stronger imprint of our strength, of our hard work, of our identity, culture, color, and vibrancy, in this country and everywhere else.

He said he seemed the community’s support and wishes, as he “carries out his responsibilities as a representative of the Government of India.” The Consulate will “have an engaging relationship with the FIA,” he said, and added that during this time of the pandemic “we have to see how to hold each other’s hands and see how best we can help each other.” 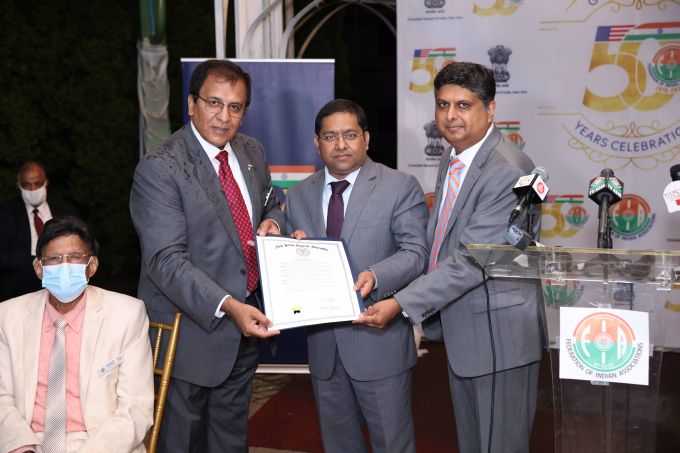 He said he looks forward to interacting with the Indian American community which is full of “great ideas and great energy.” He said the Consulate General of Indian in New York is “looking forward to supporting the FIA support next year when it will celebrate 50 years. He said, he, along with his college Deputy Consul General Sinha and the entire team in New York is “ere for you whenever you need us.

Consul General Jaiswal’s first introduction to prominent members of the community was on July 19, a few hours after his arrival in New York. He administered the oath of office to FIA’s new executive committee. “No sooner than I arrived in New York, I had the opportunity to engage with a few members of the Indian American community when I swore-in the new FIA team,” he said. 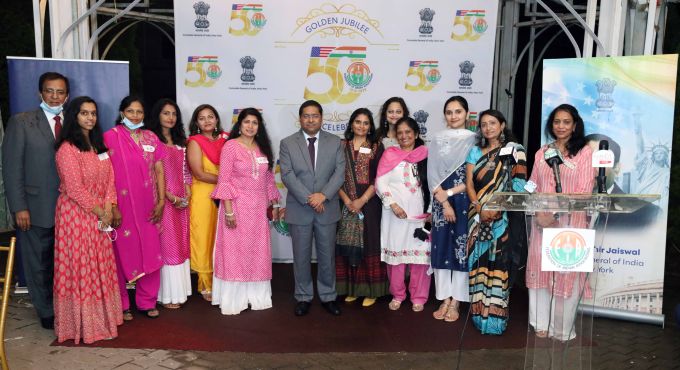