The Federation of Indian Associations (FIA) of the tri-state area of New York, New Jersey and Connecticut (FIA Tristate), will be creating history on August 15, 2020 by hosting the first ever flag hoisting ceremony at Times Square in New York City, to commemorate India’s 74th Independence Day. It will be the first time ever that India’s tricolor will be unfurled at the iconic venue in all its glory. Consul General of India in New York, Randhir Jaiswal, will be the Guest of Honor at the prestigious event.

The Times Square flag hoisting ceremony is a testament to the Indian American community’s growing patriotism and is a fitting tribute to the FIA which is celebrating its golden jubilee year. Established in 1970, FIA of the largest esteemed umbrella organizations in the Indian community. Since 1981, the FIA has been organizing it’s flagship event – the annual India Day parade, which showcases India’s rich cultural heritage and history.

The August 15 historic event in Times Square is exclusively sponsored by Dunkin Donuts. And is graciously supported by the Consulate General of India in New York, as well as by Hon. Mayor of New York City, Bill de Blasio and his entire staff, as well as the New York Police Department and the Fire Department. 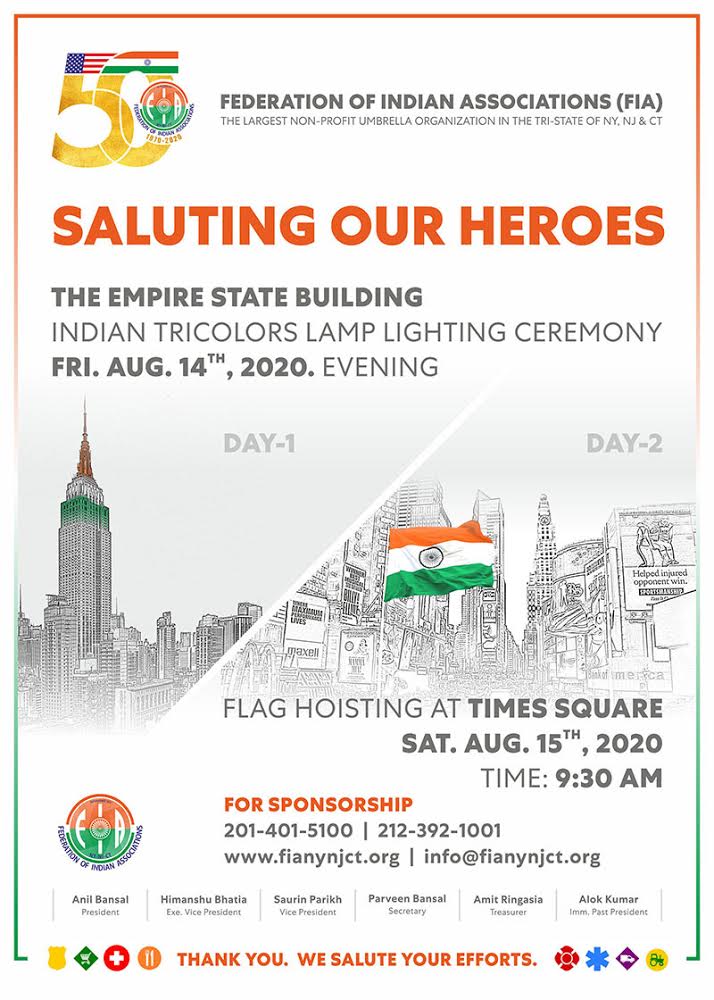