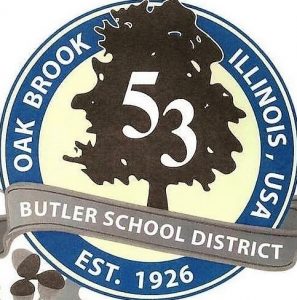 Butler School District (BSD) 53, which runs public schools in Oak Brook (Illinois); has said no to the request of Hindus of keeping schools closed on Diwali, the most popular of their festivals, starting 2021.

Dr. Paul O’Malley, BSD 53 Superintendent, in an email to distinguished Hindu statesman Rajan Zed, who spearheaded this campaign, wrote: I do not see a path to pursue your request at this time. Specifically, the definition of an official school holiday is determined by the Illinois State Board of Education.  All districts have 185 days of school each year to complete the educational plan, while we have flexibility in the allocation of these days, we do not have the ability to declare an official holiday.

Zed, who is President of Universal Society of Hinduism, and who urged BSD 53 to adopt Diwali as an official holiday on their 2021-2022 school year calendar and beyond, says Hindus are disheartened with denial of Diwali holiday.

Denying holiday on Diwali was simply ignoring the interests of Hindu students, as it was important to meet the religious and spiritual needs of these pupils who formed a substantial part of the student body in Oak Brook. If some school districts in various US states could declare Diwali as a holiday, why could not BDS 53 grant it? Rajan Zed asked in a statement issued today.

Zed indicated that schools should make efforts to accommodate the religious requirements of Hindu students and show respect to their faith by not conducting regular business and scheduling classes on Diwali. We did not want our students to be put at an unnecessary disadvantage for missing tests/examinations/papers, assignments, class work, etc.; by taking a day-off to observe Diwali.

Rajan Zed suggested BSD 53 to seriously re-look into declaring Diwali as an official holiday, thus recognizing the intersection of spirituality and education. Zed noted that awareness about other religions thus created by such holidays like Diwali would make Oak Brook students well-nurtured, well-balanced, and enlightened citizens of tomorrow.

Zed further says that Hinduism is rich in festivals and religious festivals are very dear and sacred to Hindus. Diwali, the festival of lights, aims at dispelling the darkness and lighting up the lives and symbolizes the victory of good over evil. Diwali falls on Thursday, November four, in 2021.

Awards-winning BSD 53, whose history goes back to early 1900s, claims to be “known for its high achievement and top test scores”. “Our students consistently rank among the highest in the state on tests and earn top ranking on academic teams”, it adds. Christopher Edmonds is President of its Board of Education.