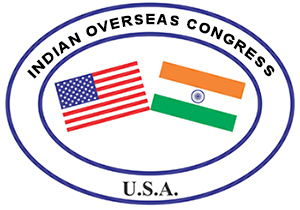 Indian Overseas Congress, USA, an advocacy group that promotes democracy, freedom, and equal justice in India, condemns the FACEBOOK management for its election-year interference, content bias, and suppression of free expression by Indian citizens to help the Bharatiya Janata Party (BJP), that is in power.

The Wall Street Journal dated August 14, 2020, wrote a story on how FACEBOOK’s blatant bias and dubious practices in India in favor of the Modi government is having an impact on the social media as regards its citizen’s right to express their opinions in public. These revelations shine a light on how major business houses that include Ambani’s Jio platform and Tech companies in Silicon Valley are heavily invested in India’s current politics and interferes in its communal faultlines.

“It is quite unfortunate that a company founded in a free society undermines the very essence of that philosophy in a sister democracy in the world and that too in favor of a political party that demonstrated its disdain for pluralism, democracy and freedom of religion, “ said George Abraham, Vice-Chairman of the Indian Overseas Congress, USA.

It has been reported that Ms. Ankhi Das, the content manager in charge of FACEBOOK in India, is said to have told her colleagues “punishing violations by politicians from the @narendramodi party would damage the company’s business prospects in the country.” Reuters reported that a handful of employees had written a letter asking FACEBOOK to denounce “anti-Muslim” bigotry” from BJP politicians that Ankit Das said to have protected.

“Congress party valiantly fought for freedom and independence and the dignity of every Indian for the last 74 years, and it is regrettable to see that India’s democracy has now been undermined by a profit-making company such as FACEBOOK,” said Mohinder Singh, president of the IOC, USA.

It is a well-known fact that India is the largest market for FACEBOOK and WhatsApp, and these companies have a huge responsibility in managing the content without bias and bigotry. However, they have chosen the side of those that incite violence and encourage instability that has led to destruction of lives and property. Facebook shoulders a heavy responsibility for what has transpired.

IOC, USA, supports the proposal by the AICC asking Facebook to set up a panel to investigate the blatant bias regarding BJP-RSS and punish those who have engaged in such dubious practices. As a first step, Ankhi Das, who is the content manager for FACEBOOK in India, should be relieved of her duties and be investigated for her connection to a political party since her actions have tainted the company’s reputation as an independent arbiter of opposing viewpoints.