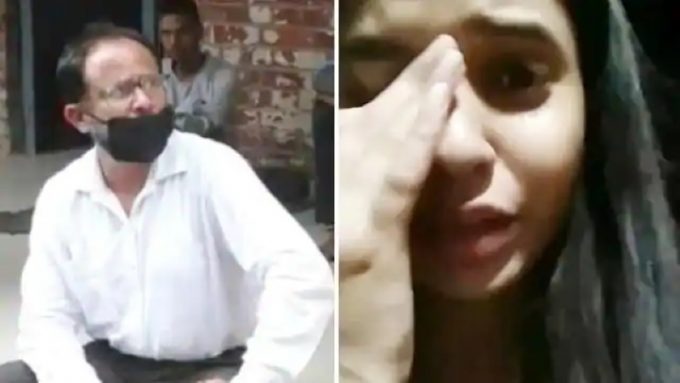 The health department in Obedulaganj block of Raisen, Madhya Pradesh, probably does not see any difference between humans and animals. That’s why, by crossing the extent of negligence, the department quarantined animals and humans together.

In fact, on August 17, a young woman was found corona infected in Khasrod village. The health department sent her to the Covid Center, but her family was quarantined with animals (cows and buffaloes) in a taparia. The Health Department team did not provide information to senior officials. Due to the half-hearted behavior of the villagers, family members are getting food and drink. There is no ration to eat nor water to drink. These people are forced to drink rain water.

The victims’ families said that ever since they were incarcerated, neither the health department officials nor the administrative officials have come to take care of them. Even after he himself was reported to the Health Department, Tehsildar and senior officials to come to Corona positive, the Health Department sent the car to Bhopal Kovid Center a day later. The mother of Corona infected patient is working as an Anganwadi assistant. When the matter was discussed with the administrative officials, he replied that this was not the case in his cognizance.