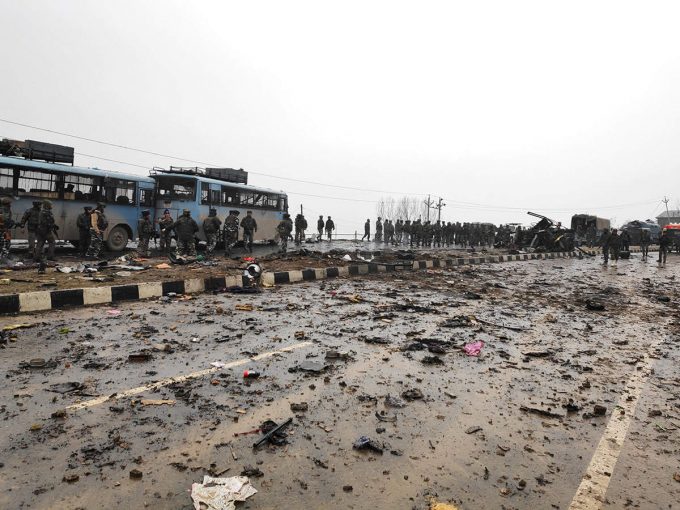 Officials said that the National Investigation Agency’s (NIA) investigation revealed that Farooq’s three accounts of Allied Bank and Mejan Bank in Pakistan were deposited ten lakhs n rupees in the currency a few days before the attack. He was the main accused in a suicide attack that was later killed in an encounter with security forces. Jaish deposited the money in his account between January and February 2019.

In a charge sheet filed before the special court in Jammu on Tuesday, the NIA said that the terrorists had spent nearly six lakh rupees to buy the explosives and the Maruti Eco car used in the attack. He said that about two lakh 80 thousand rupees were used to purchase about 200 kg explosives including ammonium nitrate and the IED-laden car collided with a CRPF convoy in Srinagar on 14 February 2019.

The agency said that the terrorists spent around two and a half lakh rupees to buy and make changes to the car which was used in the attack. The car was parked at Shakir Bashir’s house. Officials said some of the money was spent on various items, including the purchase of containers to hold the IEDs.

NIA investigations reveal that Farooq has three bank accounts in which rupees were sent from January to February 2019. The agency filed a 13,800-page charge sheet against 19 accused in front of a special NIA court in Jammu in connection with the Pulwama terror attack that took place last year.

“Investigation shows that the Pulwama attack was a well-planned criminal conspiracy hatched by the leadership of the Pakistani terrorist organization Jaish-e-Mohammad,” the NIA said in the charge sheet. JEM leaders have been sending their cadres to Al-Qaeda-Taliban-JEM and Haqqani-JEM camps in Afghanistan for training. ”

The agency said that the main accused, Omar Farooq, was trained in Afghanistan for explosives. Farooq was the commander of Jaish-e-Mohammed in Pulwama. “The accused Shakir Bashir, Insha Jan, Pir Tariq Ahmed Shah and Bilal Ahmed Kuche provided all the equipment and sheltered the JEM terrorists in their homes,” the NIA said. Bashir was allegedly involved in the deployment and movement of security forces on the Jammu-Srinagar National Highway.