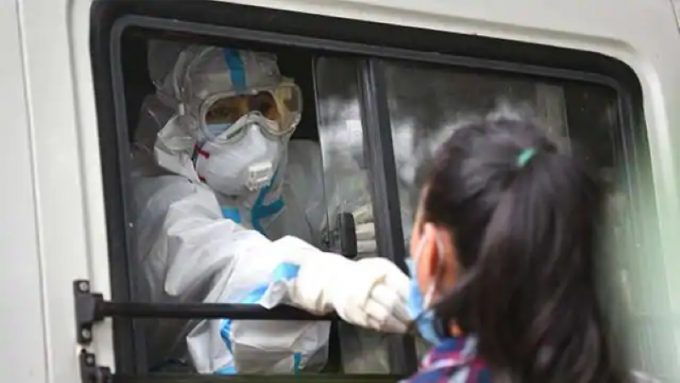 Corona virus broke all the records so far in the last 24 hours. The total number of cases in India has crossed 33 lakhs with 75,760 new positive cases. Let me tell you that this is the highest number of positive cases encountered in a day. Not only this, according to the data released by the Ministry of Health and Family Welfare, 1023 patients also died in the last 24 hours.

If you look at the figures released by the central government, the total corona cases in India have increased to 33,10,235. Of these, 7,25,991 are active cases. With this, 25,23,772 patients have either recovered or have been discharged from the hospital.

If you look at the death figures due to corona, 60,472 patients have lost their lives due to this pandemonium in India so far.

Announcement of a special financial package of 200 crores in Odisha has been
made a big announcement by the Naveen Patnaik government for the poor families and needy people of Odisha, who are facing financial crisis due to the corona virus havoc. Odisha Chief Minister Naveen Patnaik on Wednesday approved a special assistance package of Rs 200 crore for poor and extremely poor families affected by the Kovid-19 epidemic in the state. Naveen Patnaik approved this special package during the review meeting of the situation and its management in Kovid-19 in the state. The meeting was virtual and consisted of collectors to senior government officials.

Emphasizing the revival of the rural economy, Chief Minister Patnaik approved a special assistance package of Rs 200 crore for poor and extremely poor families in the affected state due to the Kovid-19 epidemic, the official statement said. This special cooperation package will help the rural poor, the very poor and the migrants in the development of livelihood activities. ‘

All the body parts being affected by the corona virus
experts from the All India Institute of Medical Sciences (AIIMS) in Delhi said on Wednesday that Kovid-19 can affect not only the lungs but also all the organs and the initial symptoms are absolutely from the chest complaint Can be unrelated. He emphasized that in order to include other organs, there is a need to revisit the classification of cases into mild, moderate and severe categories based on the symptoms of breathlessness.