US Presidential Election: Kamla Harris remembers her morning walk in India, learn what she said by sharing grandfather’s picture 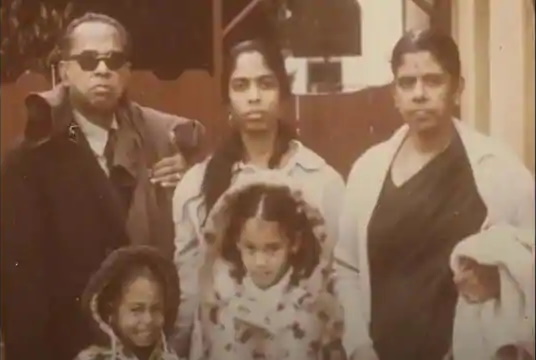 In the Corona era, US presidential elections are going to be held in November and there is already a lot of effort for this. Efforts are also on to woo the non-resident Indians in the US presidential election. All the candidates are constantly trying to woo Bharatvanshi voters by referring to India. Indian-born Kamala Harris, the vice-presidential candidate from the Democratic Party, remembered her grandfather and said that she had learned the importance of democracy from her grandfather.

Democratic Party Vice-Presidential candidate Kamala Harris on Wednesday (local time) recalled her grandfather saying that her grandfather P.V. Gopalan often took him to the seaside morning walk in India, where he discussed the importance of democracy and the fight for civil rights.

He wrote in his tweet, ‘When I was young, my grandfather often took me to the Morning Walk in India, where he would discuss the importance of democracy and the fight for civil rights.’ He said that he still remembers these things of his grandfather and this commitment and fight for a better future is still in him.

There is also a 57-second video with Kamala Harris’s tweet, which contains old pictures of her and her family and she is seen in it with her family. In this video, Kamala Harris says, ‘My grandparents were phenomenal. We would come back to India every other year. My grandfather was a defender of India’s independence and fought for it. When I was a small child, being the eldest granddaughter, my grandfather used to take me to the morning walk. ‘

Harris said that those morning walks on the beach in India really sowed something in my mind and created a commitment in me. Today I am here for this reason. Let me tell you that Kamla Harris has accepted the Democratic nomination for the post of Vice President. Kamala Harris has her roots in India. Kamala Harris’s mother Shyamala Gopalan was from Chennai.

As a young girl, my grandfather would often take me on his morning walks in India, where he'd discuss the importance of fighting for democracy and civil rights.

That commitment and that fight for a better future lives on in me to this day. pic.twitter.com/xwmVik6pzA

One response to “US Presidential Election: Kamla Harris remembers her morning walk in India, learn what she said by sharing grandfather’s picture”