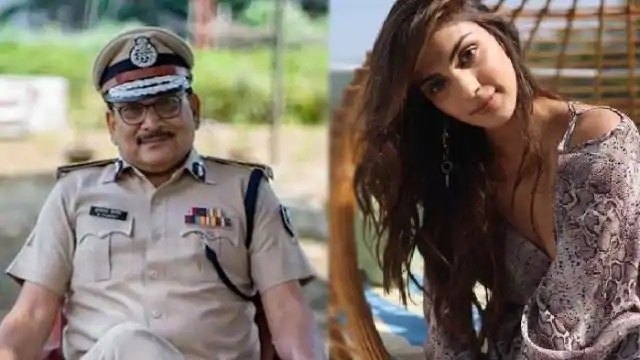 Riya Chakraborty, accused in the Sushant Singh Rajput suicide case, spoke to a TV channel on Thursday. In this, she answered many questions. Riya responded in a way without taking the name of Bihar DGP Gupteshwar Pandey. Riya said that someone has told me what my position is. My reason is that I love Sushant. Someone has also called me Vishkanya. Someone said that I do black magic, how do they know?

On the day the Supreme Court ordered a CBI inquiry, the DGP of Bihar had said that what is the meaning of Riya that she should speak something about the Chief Minister of Bihar. However, after this, she also gave clarification on this.

In the conversation with a TV channel, did Sushant have any contact after 8 June, on the question, Riya said that Sushant sent me a message on 9 June. It wrote that ‘How are you my babu’. I was very upset that I did not get a single message about how sick I was. I blocked him after this. Our family had no idea about it. He is still associated with our family group. He was in contact with our brother. He never mentioned that Riya, come back. If it had spoken, I would have left everything and gone back. Riya Chakraborty said that I do not know what happened from June 8 to June 14. That is why I demanded a CBI inquiry. I had to know what happened in the last week. If the CBI is investigating this, the truth will be revealed. I have full faith in Mumbai Police, ED and CBI.

Riya claimed that Sushant’s behavior had changed during the Paris trip and he did not leave the room for several days. Meanwhile, the video of Sushant Singh Rajput’s Paris Trip is going viral on social, which questions Riya’s claim. In this video, Sushant is seen in the mood for fun.

This video of Disney Land Trip was shared by Sushant Singh Rajput with his official Twitter handle on 9 October 2019. In this 57-second video, Sushant is seen doing fun in Disney Land. Sushant wrote the caption with this video – ‘Mikki in Disneyland’. Sushant wrote the hashtag – LivingMyDreams and LovingMyDreams. This video of Sushant has got more than 6 lakh 25 thousand views. Riya Chakraborty gave clarification on the transaction of Rs 15 crore, stating that 15 crore rupees were sent from Sushant’s account to her account. Actually Sushant’s father had alleged that Rs 15 crore has been transferred from Sushant’s account. Riya said that if 15 crore rupees were transferred to my account, where are they? She asked that when Sushant’s father had not met him, So how to know that so much money came into Sushant’s account and then he was transferred. Riya said, “Sushant’s account did not transfer even a single rupee to my or my family’s account. Rather, I transferred 35 thousand rupees from my account to his account, because he gave me my makeup money. Because of this, I had returned his money to him without telling him. “