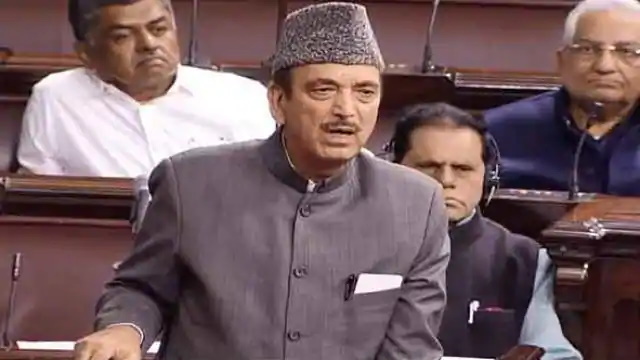 The Congress on Thursday formed a group each for the Lok Sabha and Rajya Sabha for smooth functioning and better coordination in both houses of Parliament. Two groups of two houses each will consist of five leaders each. The group formed for the Rajya Sabha includes Ghulam Nabi Azad, party deputy leaders Anand Sharma, Ahmed Patel, KC Venugopal and Jairam Ramesh. Ghulam Nabi Azad will continue to be the Leader of the Opposition in the Rajya Sabha.

At the same time, the group for Lok Sabha will be Adhir Ranjan Chaudhary, Gaurav Gogoi Suresh, Manikam Tagore and Ravneet Singh Bittu. The post of Deputy Leader in the 16th Lok Sabha was lying vacant. The party had not named any deputy leader since Captain Amarinder Singh took over as Punjab Chief Minister in 2017 in the 15th Lok Sabha. Sources gave this information on Thursday. At present, Adhir Ranjan Chaudhary is the leader of the Congress in the Lok Sabha, while K Suresh is the Chief Whip.

Gogoi was earlier in the role of Party Whip. Apart from this, Manikam Tagore is also a whip. The Congress made these appointments ahead of the monsoon session of Parliament starting on 14 September. The Congress forms a group of 10 MPs (five Lok Sabha and five Rajya Sabha) to deal with issues related to Parliament.