US Defense Secretary emphasizes on strengthening relations with countries like India, targeting China 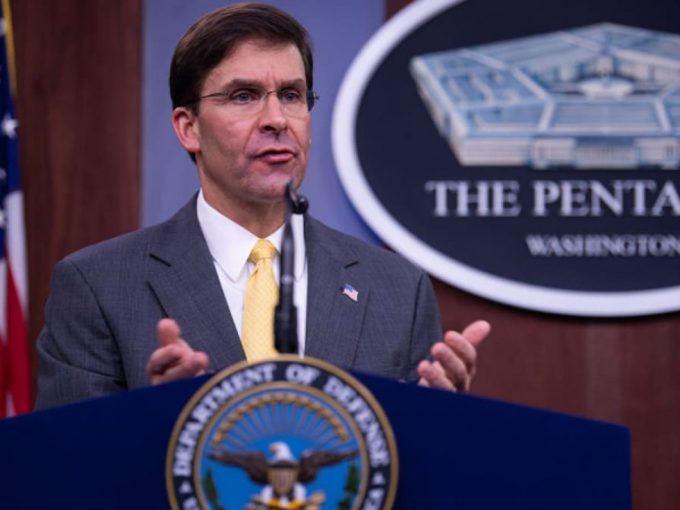 US Defense Secretary Mark Asper outlined America’s efforts to strengthen ties with partners such as India to teach Beijing to respect international law-based order. He said that the Indo-Pacific region is a “center of power competition” with China wanting to show its strength worldwide.

In his address at Daniel’s Innoa Asia-Pacific Center for Security Studies in Hawaii, Asper said that the People’s Liberation Army (PLA) is working on its aggressive plan for modernization in an effort to advance the agenda of the ruling Chinese Communist Party Due to which she wants to achieve the goal of world class army by the middle of the century.

“This will undoubtedly increase the provoking behavior of PLA in the South and East China Sea,” he said. Not only this, even in places that the Chinese government considers important for their interests. “Beijing represents almost the entire South China Sea as its sovereign territory spread over 1.3 million square miles. It covers Brunei, Malaysia, the Philippines, Taiwan and Vietnam. Also claim their own. China is building military bases on artificial islands in the region.

Asper said that the PLA is not an army serving the nation or the constitution, as opposed to the US military forces, but a political party that loyalties to the Chinese Communist Party and helps the party’s efforts to reduce rules and laws around the world. Does. He said that apart from strengthening ties with partners, the US is trying to expand relations with new and emerging partners in South and Southeast Asia. He said, “For example, we have increased defense relations with India and made it a major defense partner. We had our first military exercise with him last year and this summer we also did a shared naval exercise. “