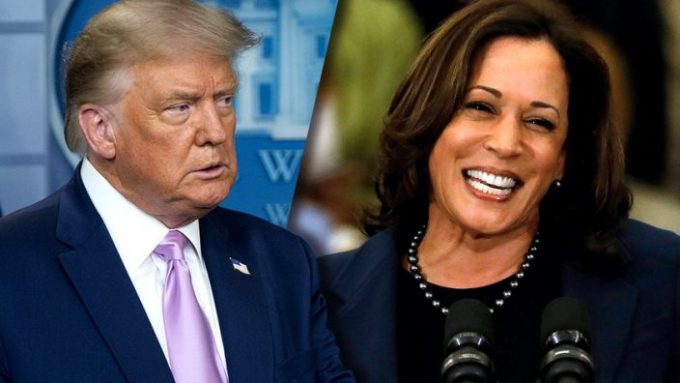 US President Donald Trump targeted Vice Presidential candidate Kamala Harris on behalf of the Democratic Party, saying Harris lacked the “ability” to hold the top position. Trump on Friday held a Republican party campaign rally in New Hampshire.  Trump said that he supports seeing a woman in the top position in America.

Trump said, “You know I want to see a woman in the top position, but I don’t want any woman to come to this position and she is not capable either.” Played and some shouted the name of Ivanka Trump. To this, the President said to his supporters, “They are also saying we want Ivanka. I am not betraying you.” Significantly, this was Trump’s first election rally after formally accepting the Republican Party’s nomination for the presidential election on Thursday. Trump also criticized Biden in his speech.

On the other hand, US President Donald Trump said on Friday after the Republican Party accepted presidential candidacy that he was the only person who “stands between democracy and the crowd.” During this time, he attacked the protesters who mistreated Trump’s supporters while leaving the White House a night earlier.

The president began his address with criticism from protesters who mistreated those who went after his speech on the South Lawn, including Senator Rand Paul of Kentucky, who police officials said after coming out of the White House Gave it out. Trump criticized Colombian Mayor Muriel Bajor for not doing much to protect his supporters and said, “They were a group of thugs.” Dissatisfied, frantic rage. You should have seen last night in Washington, it was a disgrace. “There is very little time left in the US presidential election and Trump’s program of traveling for publicity.