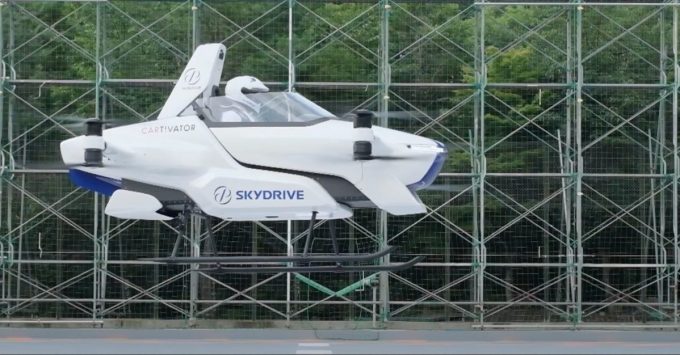 Hollywood actor Robin Williams’ 1997 film ‘Flubber’ has a scene of ‘flying car’. People have been dreaming for decades that the easier it is to run a car on the roads, the easier it will be to fly in the sky. The desire of such a car is in the minds of most people during the long jam on the road. But, now this dream is coming true. Skydrive Inc. of Japan has successfully tested its ‘flying car’ with one person.

The company showed a video of it, in which a motorbike-like propellant mounted propellants flew it to a height of several feet (one to two meters) from the ground. This motorcycle remained in the air for four minutes in a certain area. Tomohiro Fukuzawa, who heads this project from Skydrive, said he expected the ‘flying car’ to be the real product by 2023. However, he acknowledged that making it safe is a major challenge. He said, more than 100 projects are going on around the world for flying cars. Only a few of them have been successful in flying with one person.

Fukuzawa said, I hope many people want to play it and feel safe. He said that it can fly for only five to 10 minutes, but its flight time can be increased to 30 minutes. It has many possibilities and can also be exported to countries like China. Work on the Skydrive project began in 2012 as a voluntary project. The project was funded by Japan’s flagship vehicle company Toyota Motor Corp, electronic company Panasonic Corp and video game company NAMCO. Three years ago there was a test of this car which failed.