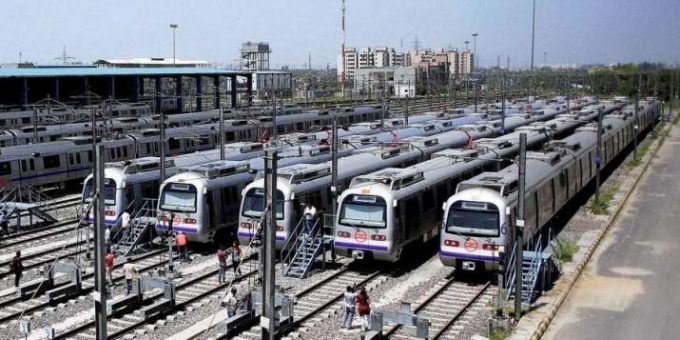 Eventually the lockdown of the metro ended in Unlock 4. The metro will start operating from 7 September after 169 days of closure. The Metro will be run in a phased manner i.e. with limited passengers. After its success, the number of passengers will be increased gradually. Soon the SOP (Standard Operating Procedure) will be issued by the Union Ministry of Urban Development in detail.

After being closed for more than five months due to the Corona epidemic, Metro operations will begin its operations with several major changes. This will be raised to prevent the spread of Kovid infection. For example, the number of passengers in metro coaches will be limited. A distance of 6 feet has to be kept between two passengers. Everyone will get admission after thermal screening. Not only this, if there is any suspect, it will be returned.

Passengers will have to take care of this for the journey

• It will be mandatory to always put on a face mask.
• Must have a distance of 6 feet from other passengers.
• If you are ill, you will not get admission.
• One seat has to be left between two passengers inside the metro.
• Setu App will be mandatory in mobile.

If the congestion increases then the entry will be closed
The biggest challenge in the metro is not to allow the crowd to increase at the stations. Many changes have also been made for this. Out of a total of 671 metro station entry exits, only 38 percent i.e. 257 entry and exit gates will open. If the Metro feels that the station is overcrowded, then entry can be stopped immediately. For this, personnel on special duty have also been deployed at the station.

The metro deficit was increasing
the main source of revenue is the operating of metro. Economic losses were increasing due to the closure of the metro. Due to lack of operations, the metro was incurring a revenue loss of Rs 10 crore daily. Due to this, there was a challenge to repay the loan in front of the metro. Not only this, the Metro had also decided to cut the salary of Metro employees from August due to financial constraints.

What the Metro says
According to the new guidelines of the Ministry of Home Affairs, the Metro will be operational in a phased manner from September 7 in the unlocked four. There is no guideline as to how this will be done right now. After the SOP is issued in detail by the Union Urban Development Ministry, the passengers will be informed about this. – Anuj Dayal, Executive Director DMRC

These five major changes will be seen

• There will be thermal screening with security at the entrance gate.
• Not all gates will be opened for entry and exit.
• Travel time will increase. The train will stop for a long time.
• Only three people will be able to use the lift at one time.
• Common areas will continue to be sanitized.
• The air conditioning temperature will be between 24 and 30.

• Metro operations have been closed since 161 days.
• Metro will start operations on day 170.
• An average daily revenue loss of Rs 10 crore.

• Metro operations have been closed since 161 days.
• Metro will start operations on day 170.
• An average daily revenue loss of Rs 10 crore.