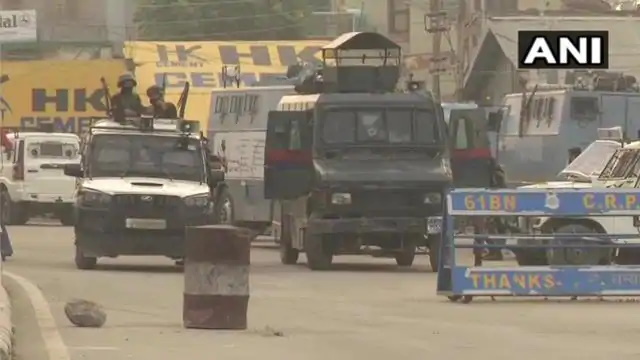 The elimination of terrorists from Jammu and Kashmir continues. On Saturday night, militants opened fire at Pantha Chowk in Srinagar at a joint standoff between the CRPF and the police. After this the entire area was surrounded by security forces. During the search operation, the militants fired Doobora. He was then given a befitting reply. Three terrorists have been piled up until the news is written.

Jammu and Kashmir Police ASI Babu Ram also died in the firing from both sides. The operation of the security forces is still going on.

Four militants were killed in an encounter with security forces in Shopian district on Friday while one surrendered. Shakur Parre, one of the slain terrorists, was a former J&K policeman and district commander of the al-Badr organization. Another terrorist was also involved in the killing of a panch.

A police spokesman had said that security forces had launched a siege and search operation in the district’s Kilura area after receiving information about the presence of militants. He said that during this time the terrorists opened fire on the search team of the security force and the encounter between the two sides started. Four militants were killed in this encounter. All four bodies have been recovered from the encounter site.

Jammu and Kashmir: Three terrorists gunned down by security forces in an encounter that began at Pantha Chowk in Srinagar last night. One police personnel lost his life. Operation is still underway. (Visuals deferred by unspecified time) pic.twitter.com/NcEdHr7YnB