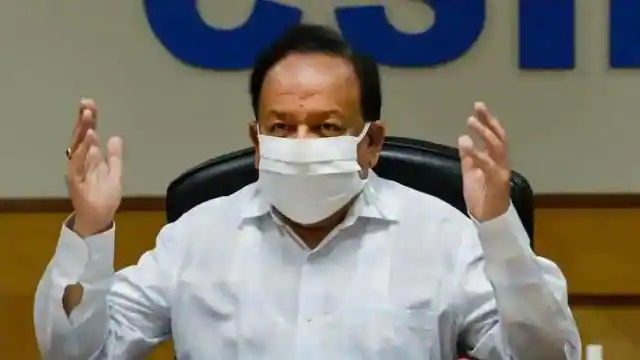 Union Health Minister Dr. Harsh Vardhan on Sunday hoped that by Diwali we will be able to bring the Kovid-19 epidemic under “a great deal of control”. Harsh Vardhan said, “… hopefully in the next few months , We will probably control the spread of corona virus infection to a great extent by Diwali. “

In the ‘Nation First’ web seminar organized by Anantkumar Foundation, the Union Minister said that Dr. Devi Prasad Shetty and Dr. C.N. Experts like Manjunatha will probably agree that after some time it will remain a local problem just like other viruses in the past.

He said, “But the virus has made us learn a lot, it has taught us that something new will happen now, which will be normal. All of us have to be more careful and vigilant about our lifestyle ….” He also hoped to develop the corona virus vaccine by the end of the year.

Patients recovering from Kovid-19 infection in India cross 27 lakh.
On the other hand, the number of people recovering from Kovid-19 infection in India has crossed 27 lakh and the recovery rate has gone up to 76.61 percent, while the death toll from this epidemic. And has come down to 1.79 percent. The Health Ministry gave this information on Sunday. It also revealed that the number of under-treated patients is just 21.60 percent of the total infected.

The ministry says that 27,13,933 patients have been cured in the country so far with more and more patients recovering from this infection, discharged from hospitals and coming out of isolation. According to him, the implementation of the Centre’s policy of effective treatment through aggressive screening in the country, timely detection of those who come in contact with infected people and expansion in medical care infrastructure were made possible. is.