India’s global plan on corona vaccine ready, help to neighboring countries but not name of Pakistan 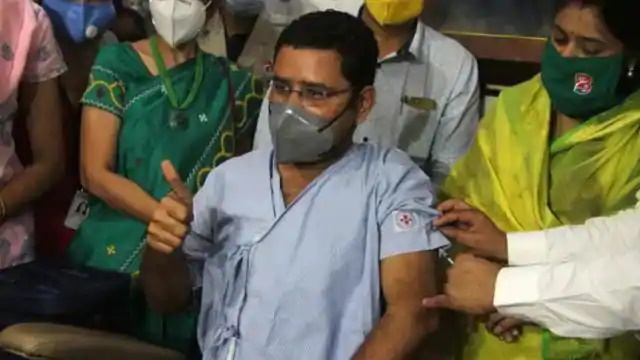 Some officials familiar with the information about India’s vaccine scheme said on condition of anonymity that the central government is working on at least five different methods, ranging from free vaccines to guaranteed supplies. This includes helping countries in West Asia, Africa and even Latin America, as well as their neighbors. The idea is to strengthen diplomatic relations and emerge as a vaccine factory in the world.

Indian companies are working on two vaccines that are currently in the midst of a clinical trial. This arrangement will be largely for these vaccines, which may also include vaccines produced by Pune-based Serum Institute of India (SII), the world’s largest vaccine manufacturer. With which three companies are involved, including AstraZeneca. An official said that the final plan has not yet been finalized for the scheme, for which finalization is yet to be done. Where vaccines can be sold and where they are not.

Pakistan will not be part of it

Government officials are working on the details of the plan in consultation with a group of experts on vaccines led by NITI Aayog doctor VK Paul. Officials say that once the vaccine is created and approved, the government will sign an agreement with potential beneficiaries. Officials said it would be carefully selected to include important neighboring countries where a large number of Indians are working or studying and which have been very useful and helpful to India at international forums such as the United Nations (UN) . Five such models being considered include the first of five models that include free distribution which may be limited to neighboring countries such as Bangladesh, Afghanistan. He said that Pakistan is not part of the idea right now and it is being speculated that Pakistan may depend on Chinese vaccines.

The second model, officials said, included the need for heavily subsidized vaccines being distributed to poor countries as part of India’s international obligations. Many African countries can benefit from this. On 15 August, Prime Minister Narendra Modi announced that India is ready to mass produce Kovid-19 vaccines for domestic consumption. Whenever scientists take the trails for granted. In the Independence Day speech, he said from the ramparts of the Red Fort, “Not one, not two, but three coronovirus vaccines are being tested in India. Last week, when Foreign Secretary Harshvardhan Shringla went to Dhaka, he mentioned in a press conference. That when India is ready with a vaccine, “our nearest neighbor, friend,

“The third model includes recipient countries that purchase vaccines at market prices but are assured of supplies,” said an official working on the vaccine panel. When more vaccines are ready, they will not be available in the open market. But will be distributed by the government through a tightly controlled channel. Therefore, even if a country is sitting on trillions of dollars, it will not be able to buy it completely. Under the fourth model, some countries will be approached to participate in the Phase III trials of India.
In the fifth model, India may offer some countries the opportunity to produce two domestic vaccines – a move that could accelerate the production of these vaccines.
The entire process will be headed by Dr. Paul and Union Health Secretary Rajesh Bhushan. On 7 August, the panel was formed by the Cabinet Secretariat and its mandate is to identify the right vaccines for use in the country, manage finances for large-scale procurement, and also decide the priority of the population group to whom the first Dose will be given.