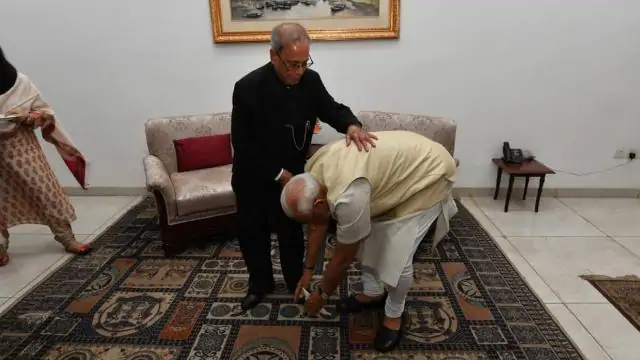 On 25 July 2017, a day before he stepped down, the then President Pranab Mukherjee received a letter stating, ‘Three years ago, I came to New Delhi as an outsider. The task before me was very big and challenging. In this time, you have always been a father and a mentor to me. Your understanding, guidance and personal warmth have given me more confidence and strength. ‘

This letter to Pranab da was written by Prime Minister Narendra Modi and Mukherjee posted it on Twitter with a message that the letter ‘touched my heart!’ After the historic victory of the Bharatiya Janata Party in the 2014 Lok Sabha elections, Modi not only spoke of being an outsider in Delhi politics, but also said that Mukherjee’s ‘intellectual prowess’ helped his government. He also gave information about Mukherjee’s ‘affectionate, caring’ side, who used to take information about his health as well.

The mutual equation between PM Modi and Mukherjee was entirely amicable, while the relationship between a President and the Prime Minister is defined by protocol and defined by the boundaries of etiquette. Colleagues of the two leaders say that their relationship with each other was quite good. There was no dispute between them, such as between K R Narayanan and Atal Bihari Vajpayee Sarkar or APJ Abdul Kalam and Manmohan Singh Sarkar.

Former minister and writer MJ Akbar pointed out that the personal equations between Mukherjee and Modi were quite spectacular. They both had mutual respect for each other. The PM valued Mukherjee’s experience and the President’s vision of Modi. The friction between the PM and the President in the past was completely missing between the two. There was a mutual understanding between the two. Whenever Mukherjee wanted to say something, he did so with sympathy and with no sharp reaction.

On May 28, 2019, two days before he was sworn in as Prime Minister for the second time, Modi met former President Pranab Mukherjee at his 10 Rajaji Marg residence and tweeted about it. The PM wrote, ‘It is always a rich experience to meet Pranab da. His knowledge and insight is unparalleled. He is a politician who has made an indelible contribution to our nation. Took his blessing during our meeting today.

In pictures shared with PM Modi’s tweet, Mukherjee was seen feeding sweets to Modi in the traditional Indian way, while Mukherjee’s image has been of a staunch politician. Sanjay Kumar of the Center for Studies of Developing Societies says, ‘The relationship between the two was different; They showed respect for each other’s leadership qualities despite being from different political ideologies. Mukherjee recognized Modi as a big leader and Modi respected his political acumen and long political innings. Mukherjee acted like a politician and worked with the (NDA) government in the same manner as he had done with the previous UPA. ‘

While the President agreed to the recommendations for imposing President’s rule in Arunachal Pradesh and Uttarakhand, the Government also got his approval for the Goods and Services Tax (GST).