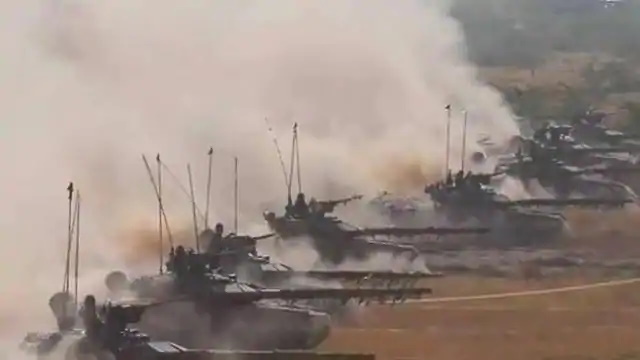 The Indian Army has changed its position to secure the border on the 1597 km long Line of Actual Control (LAC) in Ladakh. A person aware of the matter said that the troops have already strengthened their positions after attempting to infiltrate the People’s Liberation Army (PLA) in Chushul sector. Let me tell you that PLA Air Force activity has increased in the occupied Aksai Chin area.

The Indian Army has done this in response to the surge of PLA troops in the sector by deploying additional special forces such as the Special Frontier Force raised to counter China after the 1962 war. SFF troops played a key role in the removal of the Chinese PLA, which had tried to annex Indian territory on the southern coast of Pangong Tso five days earlier. Indian troops have since occupied major heights on the southern bank.

The Indian Army has taken a special initiative by deploying a battle group (a mixture of armored and mechanized elements) to the ground of Demsang, which matches another combat group to signal to the PLA in Chumor.

At the same time, PLA General Secretary Xi Jinping alleges that the Indian Army has changed the situation of the border. He says that China has not made any attempt to infiltrate.

A senior official said, “The PLA is not going to benefit from infiltration. Because it cannot deploy 3,488 km of LAC troops throughout the year.”

Although military and diplomatic negotiations continue, Indian Army personnel are leaving nothing to chance and are prepared for the worst.