Both relief and disaster …. Corona set three records in one day in the country 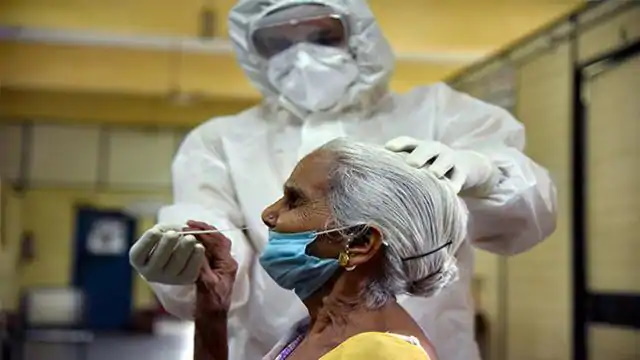 The corona virus in India is creating a new record every day. The country received the highest 83,883 new infections in one day of corona infection on Thursday. With this, the total number of cases crossed 38 lakh on Thursday. Also, a record 11.70 lakh samples were tested in a day on Wednesday in the country. At the same time, a record 68,584 patients have been discharged from the hospital on a healthy day. In this way, Corona set three records in one day.

According to the data released by the Union Health Ministry at eight o’clock on Thursday morning, cases of Kovid-19 in the country have increased to 38,53,406. At the same time, with the death of 1,043 more people in 24 hours on Wednesday, the total number of dead has increased to 67,376 on Thursday morning. The ministry said that more than 70 percent of people who died of corona infection had already had a disease.

According to the data, 8,15,538 corona patients are still under treatment in the country, which is 21.16 percent of the total cases. On August 7, Kovid-19 cases had crossed 20 lakhs in the country, while on 23 August, it crossed the mark of 3 million.

The rate
of recovery increased, the death rate decreased. The ministry said that out of these 29,70,492 patients recovered, the rate of healthy people has gone up to 77.09 percent. On Wednesday, 68,584 people have been healthy and discharged in 24 hours. However, the mortality rate of Kovid-19 patients has come down to 1.75 percent.

11.70 lakhs were
tested in 24 hours in the country, according to ICMR, a total of 4,55,09,380 samples of Kovid-19 were tested till September 2 in the country, of which 11,72,179 samples were tested on Wednesday only. . The Union Health Ministry said in a tweet that there is an unprecedented increase in investigations in India. Over 11.70 lakh tests were conducted in the last 24 hours. The ministry said that to date there are 1,623 labs (labs), of which 1,022 are government and 601 are private sector.