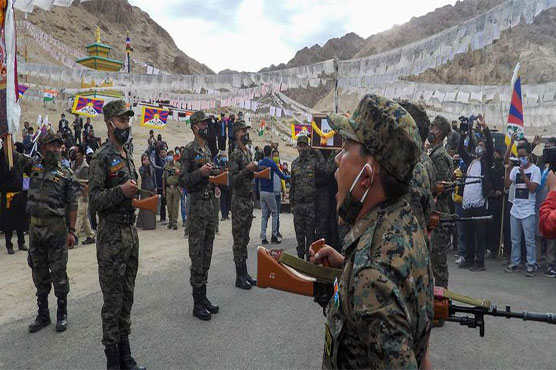 BEIJING (AFP) – China and India accused each other of firing shots first across a flashpoint Himalayan border, intensifying a months-long standoff between the nuclear-armed neighbours that has already claimed at least 20 lives.

India was guilty of a “severe military provocation” on Monday after its soldiers crossed the Line of Actual Control in the western border region of Ladakh and “opened fire”, according to China s Defence Ministry.

New Delhi was swift to give its own account, accusing Chinese border forces of “blatantly violating agreements” and firing “a few rounds in the air” to intimidate their Indian rivals.

“Despite the grave provocation, (our) own troops exercised great restraint and behaved in a mature and responsible manner,” the Indian army said in a statement.

It is first confirmed shooting across the contested frontier for decades, where skittish border forces by convention do not use guns to avoid escalations of violence in remote terrain.

The relationship between the neighbours has plunged following a June clash in the contested region in which 20 Indian troops were killed.

A spokesperson for the Chinese People s Liberation Army (PLA) gave no specifics on the apparent retaliation and gave no report of casualties, calling on India to probe the incident.

Tens of thousands of troops from both sides have been deployed to the disputed Himalayan border, which sits at an altitude of more than 4,000 metres (13,500 feet).

The countries fought a brief border war in 1962, but officially no shots have been fired in the area since 1975 when four Indian troops were killed in an ambush.

Because the frontier has never been properly demarcated and the high-altitude terrain is often disorientating, the practice for decades was for neither side to use weapons.

Detailed protocols set out procedures for peaceful disengagement if patrols strayed into areas that the other side believed were their territory.

But a serious clash in the Ladakh region on June 15 — fought with fists and mediaeval-style weapons such as clubs studded with nails — left 20 Indian troops dead.

Since then, reinforcements have ranged on either side of the border.

An Indian minister late Tuesday said China had located five Indian youths who had gone missing close to the disputed border, adding that a process to hand them back was being worked out.