LAC is not confined to Ladakh, Chinese troops try to infiltrate: intelligence report 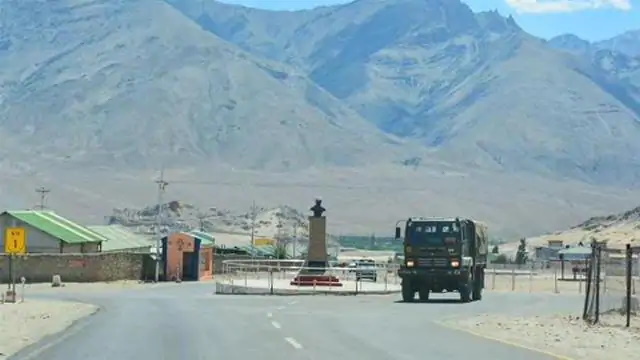 The People’s Liberation Army (PLA) of China has violated the Line of Actual Control (LAC) several times in the past two months. According to intelligence reports, Chinese troops have violated the border agreement at several places in Arunachal Pradesh, Sikkim and Uttarakhand. An official has given this information on condition of anonymity. This violation of China was not limited to eastern Ladakh only. Officials and reports suggest that Chinese troops had penetrated 40 km inside Indian territory, which were later repulsed by Indian troops.

According to officials, Chinese claims of Indian troops crossing the LAC are also believed. They also point to a larger Chinese strategy. Officials say there has been an increase in activities on the nearly 3,500 km-long border. Indian soldiers are ready to deal with any situation.

There has been a situation of deadlock between India and China for four months. During this time soldiers of both sides have lost their lives. On June 15, at least 20 Indian Army personnel, including a commanding officer, were killed in Galvan in eastern Ladakh. At the same time, more than 40 soldiers of China were also killed.

According to an intelligence official who cannot be named as he is not authorized to talk to the media, the PLA entered Arunachal Pradesh twice in July. According to him, the Chinese troops covered a distance of at least 26 km inside Indian territory in District Anjav and encamped for three to four days before exiting. Apart from this, the PLA covered a distance of 40 km through Hadigra Pass in Arunachal.

In the beginning of August, the Saunikas of both the countries met in the Jelep La area of ​​East Sikkim. Here the PLA captured the highlands and threw stones at the Indian soldiers. Tension subsided following the intervention of senior officials, but both sides remained adamant on their claim to the Jelep La region. Then again in mid-August, PLA’s presence was reported at Tanjun La Pass in Uttarakhand.

A senior army officer, who declined to be named, said, “The PLA is trying to dominate significant heights to gain strategic and strategic advantage.” However, the Indian Army did not officially comment on the changes. The army is engaged in grassroots dialogue at the brigade and division levels.

At the political level, Defense Minister Rajnath Singh held talks with his Chinese counterpart General Wei Fenghe in Moscow last week. In a meeting held last Friday, Wei blamed India and said that China was not willing to lose even an inch of its territory. Rajnath Singh told his Chinese counterpart that India should have no doubt about its resolve to protect its sovereignty and territorial integrity. Let me tell you that the foreign ministers of the two countries are going to meet later this week.