India-China Standoff: Bombers from across the country gathering at the border, bombers also deployed 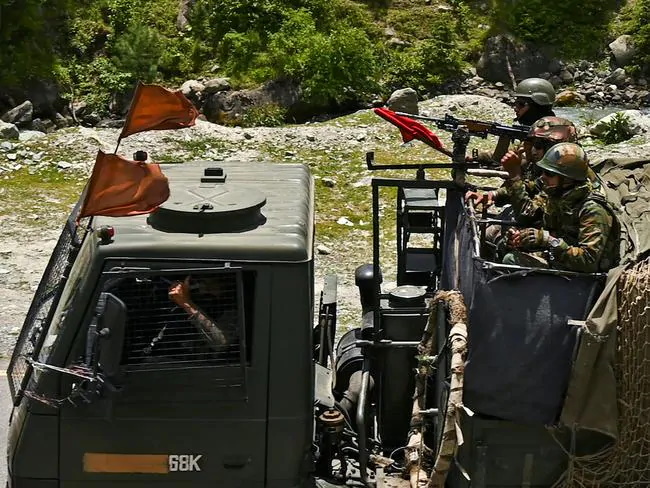 There have been tensions between India and China in East Ladakh for four months. After the latest standoff near Rejang La, China seems to be in the process of doing something big. The People’s Liberation Army (PLA) is gathering troops from across the country on the border. This includes air defense personnel, bombers, special force personnel, armored vehicles, artillery, paratroopers, infantry units, etc.

According to the Chinese government’s mouthpiece Global Times, analysts in the neighboring country said the move shows the PLA’s ability and determination to protect the country’s sovereignty and territorial integrity. H-6 bombers and Y-20 large transport aircraft attached to the PLA Central Theater Command Air Force have been deployed in the plateau area for training missions. According to the report, maneuvers, live fire drills, deployment drills, etc. are taking place in the desert areas of northwest China and southwest China. China has taken this step in late August after failing to infiltrate Ladakh.

According to the Global Times, the HJ-10 anti-tank missile system attached to the PLA 71st Group Army recently traveled thousands of kilometers from east China’s Jiangsu province to the Gobi desert in northwest China, while the PLA Tibet Military Command The brigade practiced joint around the clock. At the same time, the report quoted CCTV said that the Air Defense Brigade under the PLA 71st Group Army also gathered in the North-Western region, where live fire drills were carried out. Anti-aircraft guns and missiles were also used during this period.

In addition, CCTV reported last week that paratroopers and Air Force transport aircraft had also recently practiced occupying and controlling a multifaceted area. It was held in the desert of northwest China. At the same time, when the Global Times spoke to Beijing military personnel about this, he said that inversely, accusing India that the neighboring country is trying to negotiate more on the negotiating table with China, along with military activities.