Pakistanis being sold kidneys by taking them to China, deal in four lakhs 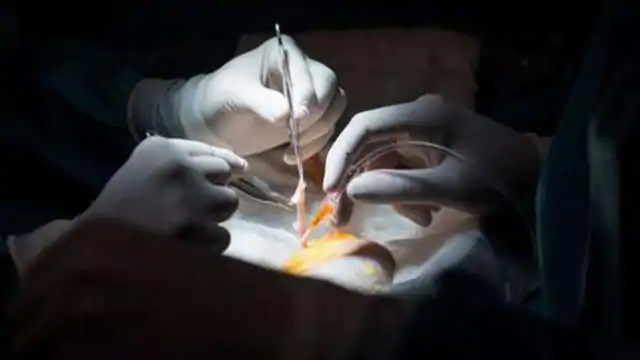 A gang selling kidneys in China has been exposed by offering money to poor and destitute Pakistanis. Pakistani authorities have arrested seven accused on suspicion of indulging in taking people to China for illegal organ transplants.

The Federal Investigation Agency (FIA) on Monday arrested the suspects, including their leader Abdul Latif, at the Lahore Passport Office. In the past, the FIA ​​had arrested several suspects involved in illegal organ transplantation, especially in Punjab. Often people from the Gulf used to come to Punjab for kidney procedures.

According to FIA Deputy Director (Punjab) Sardar Mawarhan Khan, it was reported that an international gang is active in Lahore for illegal transplantation of human organs in China, after which a team raided the passport office and arrested seven suspects including donors and agents.

“He was allegedly tricked into selling his liver and kidneys to the poor and needy and then organ transplant in China,” Khan said. During the preliminary investigation, it was revealed that the agents had contacts in China where they underwent organ transplants through Chinese doctors. ”

“This is the first time that a gang has been exposed that was involved in illegal human organ transplantation in China,” he said. The agent gives about four lakh rupees to the donor and arranges for his trip to China. Usually, the recipient of the kidney arrives there (China) on its own. So far this gang has taken about 30 people to China for this work.

The FIA ​​states that generally (organ) recipients also come from the Gulf, India, Bangladesh and Pakistan. A case has been registered in this regard under the relevant law.