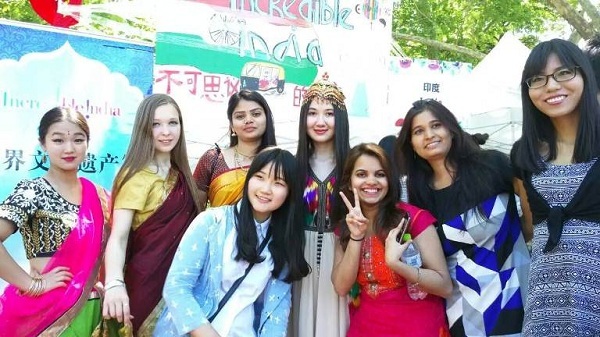 China has asked hundreds of Indian students stranded at their homes in the wake of the Covid-19 epidemic to stay in touch with their respective colleges and follow instructions to safeguard their academic progress through online courses as foreign students enter the country Is still not allowed.

According to last year’s data, around 23,000 Indian students study in different courses in Chinese universities and colleges, of which more than 21,000 are studying MBBS. Most of these students migrated to India during the Chinese New Year holiday in January and at the same time an epidemic began to spread in China after which international travel was severely disrupted.

The Chinese Ministry of Education informed the Indian Embassy here, “Currently, foreign students in China cannot enter the country at this time but the Chinese government attaches great importance to the protection of the interests and legal rights of these foreign students.”

Earlier, the Indian Embassy raised the concern of Indian students to Chinese authorities after this official announcement that foreign students and teachers would not be able to return to their colleges until further notice.

The Chinese Ministry of Education in its response stated, “The relevant universities in China will need to maintain contact with students, notify the relevant information immediately and try to preserve the academic progress of the students through online courses. The students will have to respond appropriately to the logical demands and help in solving their practical difficulties. ”

According to a press release issued by the embassy of India on Monday, it said, “It is advisable to keep the pandemic situation in the world still unclear and until the entry and exit policies in China gradually adapt.” That Indian students stay in close contact with the respective Chinese colleges and universities and arrange study in China according to the suggestions and guidance of colleges or universities. ”

The Indian Embassy stated that Indian students are advised to get in touch with the respective universities or colleges accordingly. Also they are advised to monitor the website of the Indian Embassy or Consulate in China and their social media channels to be aware of the emerging situation in the context of their return to China.