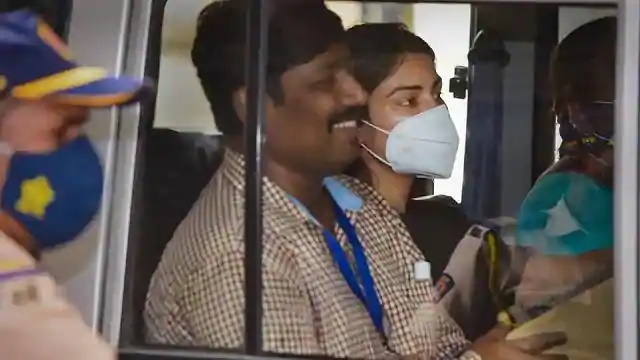 Mumbai | Sept. 11 | Riya Chakraborty, the main accused in the Sushant Singh case, is in Mumbai’s Byculla Jail till 22 September in the drugs case. Riya has filed a petition in a special court in Mumbai for her bail, which is expected to be decided today. The court had completed the hearing yesterday on the bail petitions of Riya Chakraborty and her brother Shouvik Chakraborty, arrested in a drug case involving the death of Sushant Singh Rajput, and can pass the order today. Narcotics Control Bureau (NCB) arrested Riya Chakraborty on Tuesday and the same day the court granted judicial custody till 22 September. Earlier on Tuesday, the magistrate court refused to bail Riya Chakraborty. Riya has since tried for bail a second time, which will be decided today.

The petition has been filed by her lawyer Satish Maneshinde and the 28-year-old actress has claimed to be ‘innocent’. The bail plea of ​​all the accused (except drug smuggler Anuj Keshwani) arrested in this case, including Riya, was heard today. Riya, who is currently in judicial custody, was arrested on Tuesday by the Drug Control Bureau (NCB) after three days of questioning. Shouvik and Samuel Miranda were arrested by the agency last week.

Riya has argued that there was not a single female officer who, according to the law, interrogates the present applicant. The Supreme Court had said in the Sheela Burs vs Maharashtra case that the inquiry should be conducted only in the presence of a woman police officer or constable.

Riya Chakraborty accused the agency of failing to comply with the guidelines of the Supreme Court in the bail application. Also in her bail plea, Riya said that she is innocent and has been falsely implicated in the case. However, NCB claims that Riya bought the drugs.

Explain that the other accused arrested by the NCB have been sent to judicial custody for 14 days by the sessions court. These include actress’s brother Shouvik Chakraborty, Sushant’s manager Samuel Miranda, his personal staff Deepesh Sawant and drug traffickers Zaid Vilatra and Abdul Basit Parihar. is.

The death of actor Sushant Singh Rajput is being investigated by three federal agencies NCB, Enforcement Directorate (ED) and Central Bureau of Investigation (CBI) from various perspectives. Significantly, Rajupat was found dead at his residence in Bandra on 14 June.