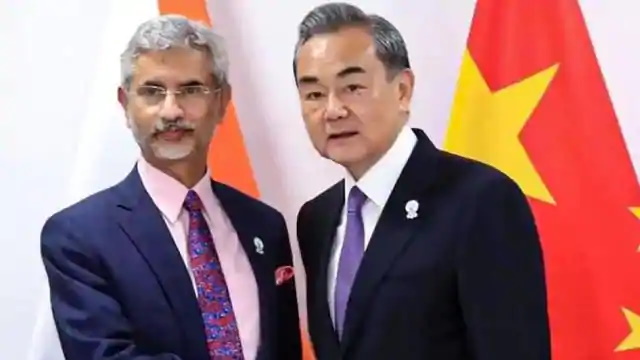 Indian Foreign Minister S. S. went to Moscow to participate in the Shanghai Cooperation Organization amidst the ongoing dispute over the border dispute in eastern Ladakh. Jaishankar and his Chinese counterpart Wang Yi held bilateral talks for about two and a half hours on Thursday night. In this two-and-a-half-hour meeting, 5 points have been agreed to end tension on the Line of Actual Control (LAC) during the bilateral talks between Foreign Minister S. Jaishankar and Chinese counterpart Wang Yi. Also, it has been agreed that the two countries will resolve the border dispute through negotiations. There was a general consensus between the two countries that negotiations would continue at various levels (diplomatic, military) between the two countries to reduce tensions on the LAC.

The Indian Foreign Ministry said that during a two-and-a-half-hour meeting in Moscow, Foreign Minister S Jaishankar and Chinese Foreign Minister Wang Yi agreed that both sides seek guidance from a series of leaders’ consensus to develop India-China relations needed. At the same time, differences should not be allowed to become a controversy.

After the meeting between the Foreign Ministers of India and China in Moscow, the Chinese Foreign Ministry said that the two sides have reached a five-point consensus about the current situation after much intense discussion. According to the news agency ANI, after the meeting, the Chinese Foreign Ministry said, “Being two neighboring countries, it is very natural that China and India have disagreements on some issues, but the important point here is that those disagreements are in the right perspective Be seen

At the same time, according to government sources, during the meeting with Chinese Foreign Minister Wang Yi, Foreign Minister S Jaishankar clearly stated that this is expected to fully comply with all agreements on the management of border areas and unilaterally change the status quo. No attempt will be entertained.