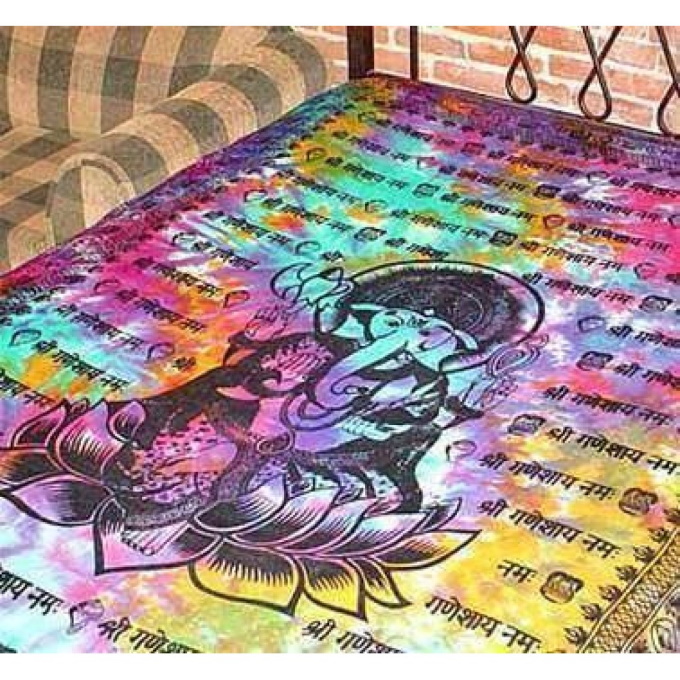 Distinguished Hindu statesman Rajan Zed, in a statement in Nevada today, said that inappropriate usage of sacred Hindu symbols or deities or concepts or icons for commercial or other agenda was not okay as it hurt the devotees.

Zed, who is president of Universal Society of Hinduism, indicated that Lord Shiva, goddess Lakshmi, Lord Ganesha, goddess Saraswati were highly revered in Hinduism and they were meant to be worshipped in temples or home shrines and not to be used for lying or putting your feet on, trampling during love-making, absorbing urine of children/others, etc.; Zed added.

Online retailers should not be in the business of religious appropriation, sacrilege, and ridiculing entire communities. It was deeply trivializing of divine Hindu deities to be placed on bedspreads, Rajan Zed emphasized.

Product descriptions of objectionable bedspreads carrying images of Lord Shiva, goddess Lakshmi, Lord Ganesha, goddess Saraswati listed attributes of each deity on “4Rissa” website; where each bedspread was described as gorgeous, hand-loomed, unique and vibrant tie-dye; with “perfect size for a twin bed”; and priced at $22.

Opened in 2000, “premier store” “4Rissa” sells varied selection of clothing, decor, jewelry, etc.; “to assist you in leading a mindful lifestyle”; and ships to all countries.