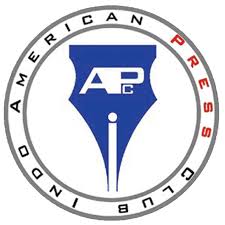 Indo American Press Club (IAPC) has planned to organize its 7th International Media Conference (IMC 2020) from October 16-19th 2020 in New York. The decision to host the conference in the midst of the ongoing Pandemic was taken during a joint meeting of its Board of Directors and the National Executive Committee held on 7th September 2020.

IAPC Chairman Dr. Joseph Chalil and President Dr. S.S.Lal confirmed that due to the enormous surge of the Covid 19 pandemic, this year’s Media Conference is scheduled to be conducted with the latest virtual conferencing technologies, while having some in person meetings with limited attendance. Along with the various media workshops and seminars led by renowned media experts from abroad, IAPC is proudly presenting the US Presidential Election Debate with the active participation of prominent political leaders and observers from both the Democratic and the Republic Parties.

IAPC has been implementing various action plans to enhance the professional excellence of journalists of Indian origin. As part of this mission, IAPC brings together renowned media professionals from different corners every year, during the Media Conferences. “We strive to educate and help improve the performance of Indian American journalists and those in India by imparting new knowledge and modern trends to the participants” said Ginsmon Zacharia, founder chairman of IAPC.

IAPC General Secretary Biju Chacko said that the Indian community in the North America and elsewhere have been very supportive of the activities of our Press Club, and have been requested to continue their support for the coming seventh International Media Conference.

“Leading media personalities from around the world have been collaborating with IAPC” said Mathewkutty Easo, Secretary, Board of Directors. “IAPC is committed to connecting, training and encouraging emerging media professionals through innovative IT windows and platforms.”

IAPC Executive Vice President Annie Koshy said, “Despite the chaos around us, the IAPC has been unflinching in purpose to deliver and meet the needs of the Indian diaspora of journalists based in North America. It is with great joy that I look forward to our 2020 International Media Conference in this new digital format. I expect a much greater reach and impact as this new format opens doors for many more people from around the world to participate.”

National Treasurer Reji Philip said that IAPC is moving forward with the planning and execution of various activities of the seventh International Media Conference, bringing significant presence of the media community as done during the last six years.

Eminent journalists, political and social activists from around the world are expected to address the conference, for which various committees are being set up to formulate various activities to make the International Media Conference 2020 a grand success.

The Indo-American Press Club was formed in 2013 with lofty ideal of providing a common platform to journalists of Indian origin living in the United States and Canada, while fostering closer bonds and cooperation among an extensive network of journalists across the nation, who are committed to professionalism and have well-being of the larger society. We are committed to enhance the working conditions of our journalists, exchanging ideas, and offering educational and training opportunities to our members, aspiring young journalists and media professionals around the globe. 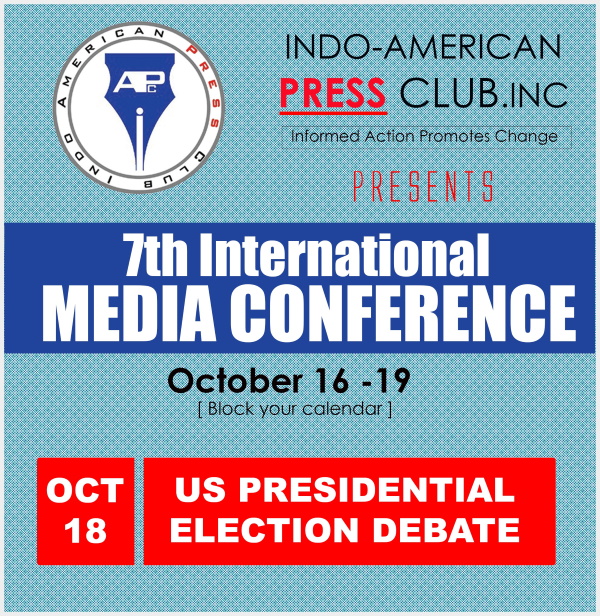