Twinkle Khanna came out in support of Riya Chakraborty 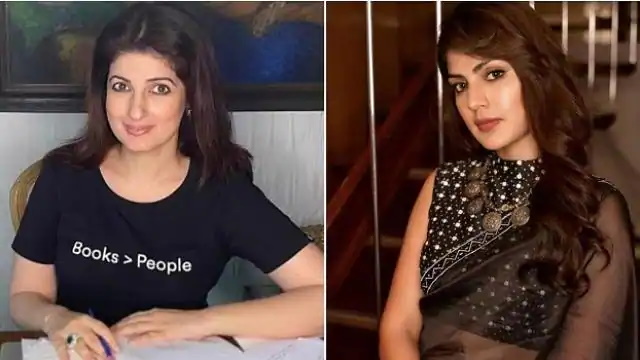 In the Sushant Singh Rajput case, there have been reactions of many celebs on Riya Chakraborty’s media trial. Many stars have supported Riya. Twinkle Khanna recently wrote in the Times of India column on the issue that media anchors are entertaining people with different kinds of things as a magician adopts different tricks to entertain viewers.  There is no fact in this talk.

Twinkle wrote, ‘They took a young girl and cut her into two pieces. He cut from the t-shirt on which he wrote – ‘Roses are red, violets are blue, let’s smash the patriarchy, me and you’, the blade reached the flesh of his body, his life had dried up in front of millions of live audiences. I want to know what these magicians would say to themselves after the camera was off? They put a human’s life at stake to entertain 1.3 billion people a month.

According to Twinkle, the media is running such news without any facts about Riya which is leaving a bad impression on the actress in the minds of people.

According to reports, Riya recently told the Narcotics Control Bureau that Sushant was exposed to drugs by a top filmmaker. However, the name of this filmmaker has not been revealed yet.

Riya Chakraborty has also stated that filmmaker took Sushant to several drug parties where he was exposed to cocaine, maroona and LSD. According to CNN News 18, Riya Chakraborty said that all this information was given to her by Sushant during her relationship. Apart from this, he also told about how the actress is misbehaved in the film industry.

Riya has named two powerful and famous stars who were involved in drug dealing with Sushant. According to reports, Sushant’s farmhouse was used for Bollywood drug parties. However, Riya said that she never attended these parties. But it definitely told that some actors used to supply drugs in those parties in a wrong way.