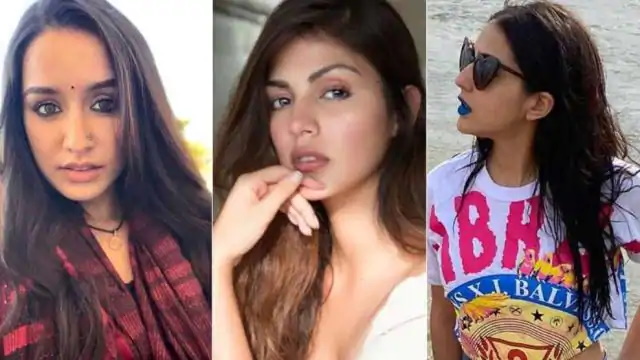 NCB has raided the farmhouse of late Bollywood actor Sushant Singh Rajput. Meanwhile, NCB is already questioning Riya Chakraborty and Shauvik Chakraborty. New names and new things are coming out in the drugs angle case. During interrogation, Riya Chakraborty named her friends Sara Ali Khan, Rakul Preet Singh and designer Simone Khambata in the drugs case. According to a Times Now report, Riya said that she and Sara used to take drugs with Sushant Singh Rajput.

Now NCB has recovered hookah, ashtrays and some medicines from Sushant’s Lonavala farmhouse. Along with this Sushant’s boatman has also given a shocking statement. This is the same boatman who used to take Sushant to parties on the island of Lonavla. According to an India Today report, Boatman named Shraddha Kapoor, Sara Ali Khan and Riya Chakraborty whom he used to take to the island farmhouse of Sushant Singh Rajput. The statement given to NCB has come out. He told that he took Sara Ali Khan and Sushant Singh Rajput from Ferry to Pawana Island. Sara has come to Pavana Island with Sushant 3-4 times. Apart from this, Shraddha Kapoor and Riya Chakraborty have also come with Sushant. Yes, Sara, Shraddha and Riya never came together. Sushant and his friends have held many drug parties.

Let us tell you that Riya Chakraborty is in judicial custody till 22 September. His bail application has been rejected by the Special Mumbai Court twice. The court says that if Riya is released, she can tamper with the evidence. Also, there is no evidence to prove that Riya is not involved in drug dealing.