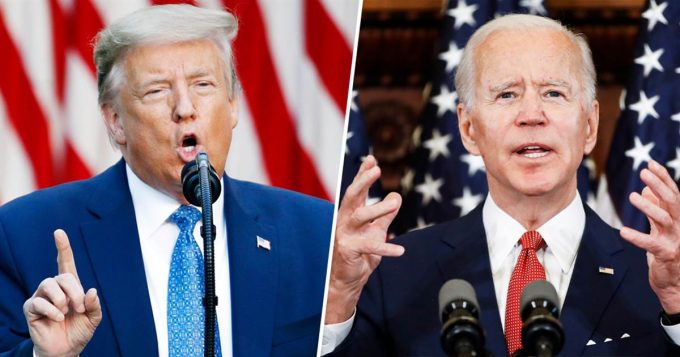 Democratic presidential nominee Joe Biden is receiving two-thirds of the support of Indian-American voters for the upcoming election. This is revealed in a new survey released on Wednesday. President Donald Trump is following them in this matter. But the relief for him is that he seems to get the support of 16 percent of Indian-American voters compared to the 2016 election.

The Indiaspora-AAPI data survey released on Wednesday has confirmed the growing dominance of 18 lakh registered voters in the Indian-American community. 56% of them were contacted by Democrats and 48% by Republicans. In 2016 only 31 percent of these voters were contacted by any party.

The highest-earning Indian-Americans have also donated a lot of money to political parties. A quarter of the people say that they have donated 3 million dollars this year to the candidate, political party or any other campaign.

On the other hand, Trump seems to get 28 percent Indian-American support this year compared to 2016. In the last election only 12% of Indian-Americans got their support.

Congressman Raja Krishnamurthy said, ‘This is a matter of concern for the Democrats. The Biden campaign needs to be particularly circumspect. A strong outreach should be conducted for the Indian-American community. ‘ However he hoped that these voters would come out in support of the Democratic Party. Because he is more worried about Corona.

Neeraj Antani, a Republican member of the Ohio state legislature, cited his visit to India in February and his friendship with the Prime Minister as a reason for increasing Trump’s support among Indian Americans. Biden was opposed to the CAA (Amendment of Citizenship Act), the abolition of Article 370 from Kashmir and other issues.

The former Vice President has neither assured the Indian American community that relations with India would be a “high priority” for his administration, which would also prevent the antics of China and Pakistan.

For its campaign for the Indian-American community, Trump’s team has released a video of Howdy Modi and Namaste Trump’s events in which the President participated with Prime Minister Narendra Modi.

According to the findings of the survey, the Indian-American community is being aggressively wooed by both sides. In 2016, 56% of Democrats and 58% of Republicans were contacted.