Corona Vaccine may begin distribution in the US in October: Trump 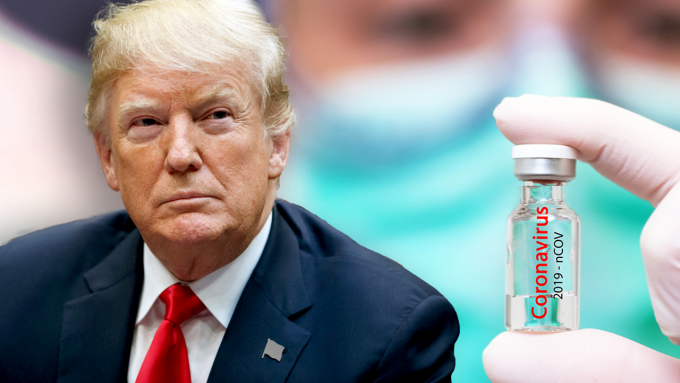 Washington | The whole world is battling the Corona Epidemic and constant research is being done to create a corona vaccine to prevent it. Scientists from many countries of the world are busy preparing the corona vaccine. It is expected that by the end of this year or next year, the corona vaccine will be made.

President Trump told the media that we are moving towards delivering the vaccine safely and effectively. We think it can start anytime by mid-October. As soon as the vaccine is announced, we will be able to start distributing it.

Presidential elections are going to be held in the United States on November 3 and before that a political riot has started. A round of accusation has also started. Trump has fiercely targeted presidential candidate Joe Biden from the Democratic Party.

Trump said they are putting people’s lives in danger. you can not do that. They are talking negatively. Trump has accused Joe Biden earlier also. All kinds of questions have been raised on the Trump government on behalf of the Democratic Party continuously regarding Corona.

The United States has the highest number of reported corona cases worldwide. Also, most of the deaths have occurred in America. About 7 million cases of corona have been reported in the United States, while about 2 lakh people have died.