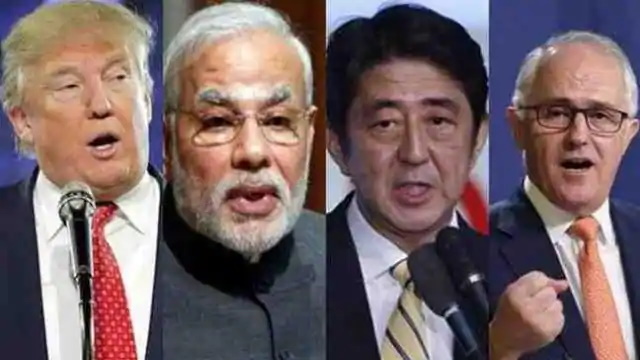 India is going to host ‘Quadrilateral Security Dialogue’ security talks amidst the ongoing tension on the India-China border. The US, India, Australia and Japan are in talks to decide the place and date for the quad security talks next month, after which there will be 2 plus 2 talks between India and the US. Japan is currently being seen as an option for the QUAD dialogue to be held in New Delhi by the end of next month, and also for the 2 Plus 2 dialog.

The Quad is an informal strategic negotiating forum between India, the US, Japan and Australia. The ‘Quadrilateral Security Dialogue’ Security Dialogue is an informal tie-up between democratic countries that shares military logistics support, practice and interoperability through information and sharing Indo-Pacific sea lanes with any Is also committed to maintaining communication by avoiding artificial constructions and bottlenecks. The quad talks will be held between US Secretary of State Mike Pompeo, Indian Foreign Minister S Jaishankar, Japanese Foreign Minister Toshimitsu Motegi and Australian Foreign Minister Maris Payne.

The talks will be directed under the leadership of ministers of the four countries. The four ministers share a personal synergy and global philosophy for peace. The reason for the delay in date and place is Japan. The government in Japan has changed and Prime Minister Yoshihide Suga takes over from the ailing Shinzo Abe. For the Two Plus Two Dialogue, Defense Minister Rajnath Singh will join US Defense Secretary Mark Groff in New Delhi.

These talks are not being conducted targeting any country. But some informal groups are closely watching the rise of wolf warriors originating in communist China, its impact on the Indo-Pacific and the security of the Indian Ocean.

It is expected that the talks to be held this time will be stronger as India has 2 plus 2 talks with the US and Japan at the ministerial level and with Australia at the foreign secretary level. All four nations are to conduct military exercises together and the Quad Navy participating under the Malabar exercises is highly likely, although a decision is yet to be made.

The Quad will be followed by Two Plus Two in Delhi with Delhi and India to initiate cooperation agreements for long-running basic exchanges and geospatial data sharing. The US is ready to supply India at the top of the military line, including armed drones, but is currently left out to deal with another global power.

Given the fact that the People’s Liberation Army is dragging its feet on the complete disintegration of the Ladakh sector, it is quite clear that Chinese aggression, seen in the Western region in May 2020, was discussed only for both the quad talks and 2 plus 2 Will be a hot topic.