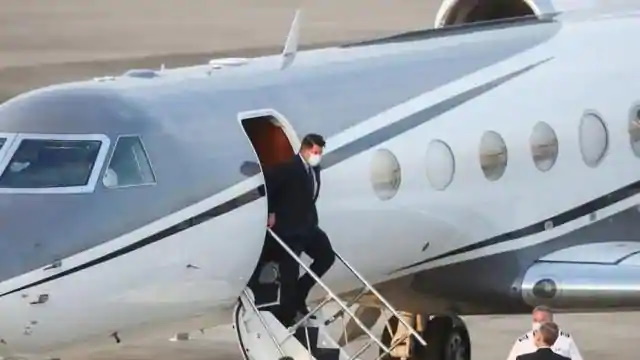 In Taiwan, the US envoy met the leaders of the self-governing island on Friday and during this time, the Chinese military unexpectedly fired 18 aircraft, including fighter jets, into the Taiwanese territory. Keith Kraich, a senior US State Department official, held discussions with Taiwan’s economic affairs minister and deputy chief. He also met industry leaders and had a meal with President Sai Ing Wen.

Taiwan’s Ministry of Defense stated that 18 fighter jets from China entered Taiwan’s air defense zone. He said Taiwan monitored the movement of Chinese aircraft. At the same time, Chinese Defense Ministry spokesman Ren Giyokiang described it as “a legitimate and necessary action taken in view of the current situation in the Taiwan Strait to protect national sovereignty and territorial integrity”.

Significantly, China considers Taiwan its territory and strongly opposes any formal talks between this self-governing island and any other country. Keith is the first high level official of the Foreign Ministry to visit the island decades later.

Earlier in August, US Health Minister Alex Azar visited Taiwan. It was the first visit by a high-level American official to Taiwan since the official relationship between the US and Taiwan government ended in 1979. The US maintained informal relations even after the official diplomatic relations with Taiwan ended and is the island’s most important ally and supplier of defense equipment.