Taiwan would stay away from America; China has threatened to occupy Taiwan 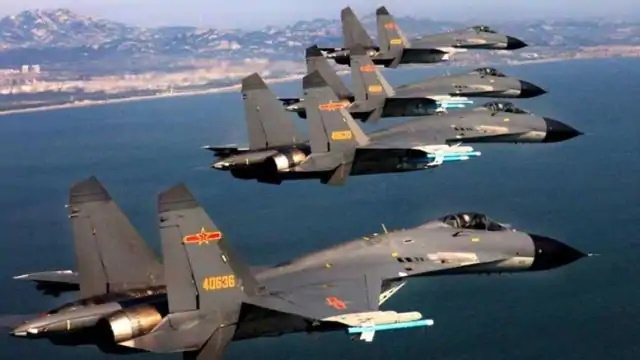 Fueled by US-Taiwan friendship, China has threatened to occupy Taiwan. Buoyed by a visit by senior US State Department official Keith Kracht, China’s official newspaper Global Times has said that the fighter jet drills on Friday were not meant to be a warning, but rather a rehearsal of occupation of Taiwan. On Friday, China flew 18 aircraft, including a fighter jet, to the Taiwanese territory, demonstrating power. The Communist government spokesperson also states that Taiwan’s independence is about to end. He has said that he does not withdraw from the war and for this he has also mentioned the India border.

The Chinese newspaper expressed its objection to US visits, saying that every time a US official comes to Taiwan, PLA fighters should move further to the island and if the US Secretary of State or Defense comes to Taiwan, then its fighter aircraft will come to the island. Fly over and missiles over the presidential office. This will be true if the Taiwan administration shows aggression.

The Global Times has said that this military exercise has sent two important signals. The first is that this protest is about collusion between the US and Taiwan. The second is that the PLA response is extremely fast. Taiwan and the US kept the crutch’s visit confidential until they boarded the plane. He arrived in Taiwan on Thursday. The PLA did not announce military exercises in advance. The maneuvers were decided in the last minutes. It has been told that China can execute big action in a very short time. If this shows that the PLA has the capability of action against Taiwan in a very short time.

The mouthpiece of Xi Chinping states that with this and old maneuvers, the PLA has gained experience in the attack on Taiwan. It is a rehearsal over the occupation of Taiwan. Only one political reason is needed that will turn these practices into actual warfare. The main reason for the unrest in Taiwan Strait is his friendship with the US. Any step, including military, can be taken to keep America away from here.

Chinese state media said that Taiwan and America should not underestimate the situation, do not assume that this practice is a show. If they continue to provoke, war is bound to happen. Those who have recently underestimated China’s determination paid the price. China decisively pursued the implementation of the National Security Law for Hong Kong. China has shown that it is not afraid of war on the India-China border. Taiwan is a small place and has no alternative to modern military warfare. Taiwan’s independence will end.

That is why China is teasing
Senior US State Department official Keith Krach discussed Friday with Taiwan’s economic affairs minister and deputy chief. He also met industry leaders and had a meal with President Sai Ing Wen. During this time, China, while showing strength, sent 18 fighters to Taiwan’s air defense zone. China considers Taiwan its territory and strongly opposes any formal dialogue between this self-governing island and any other country.

Such friendship for the first time since 1979
Keith is the first high level official of the Foreign Ministry to visit the island decades later. Earlier in August, US Health Minister Alex Azar visited Taiwan. It was the first visit by a high-level US official to Taiwan since the official relationship between the US and Taiwan government ended in 1979. The US maintained informal relations even after the official diplomatic relations with Taiwan ended and is the island’s most important ally and supplier of defense equipment.