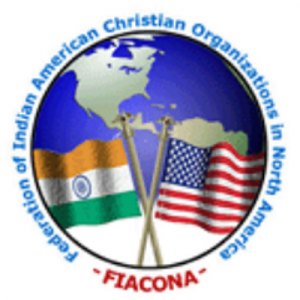 Federation of Indian American Christian Organizations of North America (FIACONA) will be hosting a virtual discussion via Zoom at 8:00 PM EST on Monday, 21 September 2020. The Panel discussion topic would be “Deportation of Christian Visitors and India’s Travel Policies”. The meeting ID for the zoom link is 873 9814 3246.  The live streaming link for this event is facebook.com/fiacona.washington.1

Prominent American Christian leaders will be narrating their firsthand experiences at the hands of the Indian officials regarding their travel to India and how it has impacted their lives. One of those cases involving Pastor Brayan Nerren was recently highlighted by President Trump as one of his successful interventions to get American citizens held by foreign countries.  Pastor Nerren, who was recently freed from India’s law enforcement custody, will share his experiences during his ordeal in India.

Nine leaders from the New York Council of Churches headed by Executive Director Rev. Peter Cook, who traveled to India with valid visas, were denied entry at the Chennai airport in a shocking display of bad faith.  After subjecting them to grueling 12-hour interrogation, they were deported back to the United States.  They were even denied the basic courtesy of making a phone call to their would-be hosts in India.

According to one of the team members, the chief of the immigration at the Chennai airport went as far as to pronounce, “ we don’t want Christians to come here.”  Rev. Peter Cook will be detailing his experiences during this ordeal in Chennai.

Mr. John Prabhudoss, the Chairman of FIACONA, was a victim himself of deportation despite having a valid visa on the grounds that he had visited Kandahmal, Orissa, where Hindutva extremists staged the anti-Christian riots.  Mr. John Hutcheson, an associate of Green Tree Global based in North Carolina and four others, was put on the blacklist by the Indian Government as a punishment for visiting the Kandahmal area.  They will be sharing their experiences also.

While the US constitution guarantees freedom of expression and it is also an integral part of Indian ethos and her constitution, discriminatory activities by the hate-mongering people have singled out and taken down a YouTube post of Mr. John Prabhudoss’s presentation at the Saints Peter and Paul Conference in Virginia, regarding Christian Persecution around the World, on 12 September 2020.  This action probably happened without the knowledge of the YouTube management, but shows how some people will go to protect the views of the fundamentalist movements such as RSS and BJP in India.

The attached article and the flier offer more detailed information about the webinar series organized by FIACONA.   Your presence will be highly appreciated.