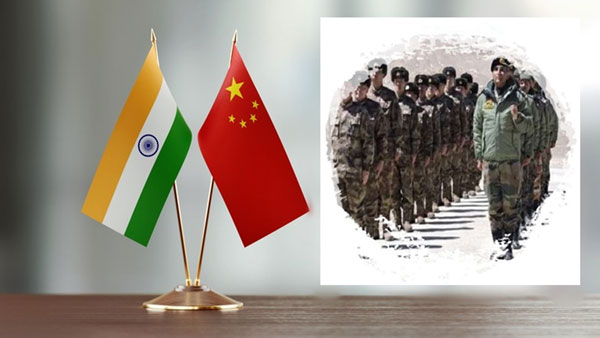 China’s Foreign Ministry said on Tuesday that the sixth round of Corps Commander-level talks with India were held on September 21, in which the two countries agreed to continue and discuss further the border issue. Global Times quoted spokesperson Weng Wenbin, who said – India and China held a sixth round of Corps Commander-level talks yesterday, in which both countries spoke on the current border situation before agreeing to continue further discussions .

During the meeting on the LAC in China towards Moldo, 14 Corps Chief Lt Gen Harinder Singh and possibly Lt Gen PGK Menon were joined by the Joint Secretary in the Ministry of External Affairs on behalf of India. The meeting started at around 10 am on Monday morning which lasted till 11 pm.

After about a month, there was a Corps Commander level meeting between the two countries. Meanwhile, there were at least three firing incidents on the LAC.

Ajit Doval, Chief of Defense Staff General Bipin Rawat and Army Chief General M.M. The high level meeting held between Narwane was decided. The talks come at a time when six more peaks have been occupied by India, which will help the Indian Army strengthen its position at the height.

The Indian Army has in the past occupied 20 high hills around the collision areas near Pangong Lake in eastern Ladakh. Government sources gave this information on Sunday. This strategic advance of India was considered as very important before the sixth round of Corps Commander level talks between China and India on Monday. India has also increased its presence in the Chushul region in the midst of icy weather, so that its dominance can be maintained.

Sources say that the army has made necessary arrangements to maintain the existing number of troops and weapons during winter in all the front fronts and sensitive altitude areas of Ladakh. In winter, the temperature here goes down to minus 25 degrees. India has further strengthened military deployment in the Finger 2 and Finger 3 areas, with control over the strategic edge hills on the south bank of Pangong Lake. While China has controlled the area between Finger 4 to Finger 8.