Corona vaccine possible in India by next year, but vaccination is a big challenge 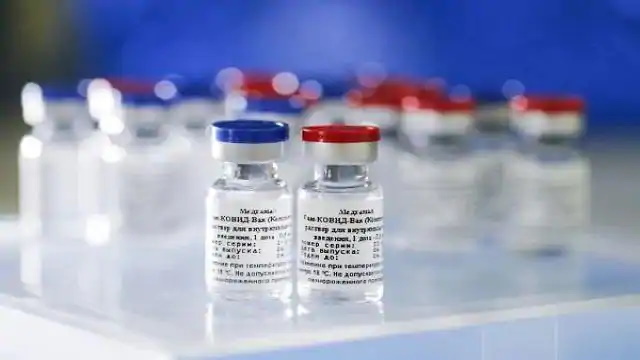 The Corona vaccine is expected to arrive in India by next year, but the biggest challenge is vaccination. Gagandeep Kang, a member of the World Health Organization’s Global Advisory Committee on Vaccine Safety, said on Tuesday that it would be a big achievement to reach more than 1.3 billion people in the country safely. Because we lack all kinds of facilities and experience.

Kang, a professor of microbiology at the Christian Medical College, Vellore, said in an interview with Bloomberg: “We have not yet experienced vaccination of women and children, but vaccination of adults.” We also do not have any infrastructure to vaccinate the elderly, while the elderly are at greatest risk, so it will have to be worked on quickly. How different arrangements will be made for people of all ages will be a big challenge. The professor was also part of the Indian team that was tracking the vaccine until July.

By next year, possible vaccine
Gagandeep said that currently the vaccine which is undergoing testing in the last round of the world, there is a 50-50 percent chance of success. By the end of this year, we will get data, which will know which vaccines are effective and which are not working. If the results are good, then by the first half of 2021, we will start getting the vaccine. Although the doses will be low in the beginning, a large number of vaccines will be ready in the second half.

What are the challenges in vaccination:

Storage-distribution: Safe storage and distribution of vaccine will be a major problem as there is a need for vaccine not only in a particular area but across the country. A large number of trained people are required for this.

Lack of system: According to Dr. Kuldeep Kang, we do not have experience of vaccination of people of every age group. The lack of facilities will also come in the way of this, we will have to prepare for this from now.

Low Temperature: According to a Forbes report, most of the vaccines currently being manufactured are required to be kept at -70 ° C whereas in India, most cold chains are operating only at temperatures up to -30 ° C. Only Genova Biopharma has the ability to store at a temperature of -70 degrees.

Test questions: India is getting most antigen tests which can be up to 50% false. In this sense, we will not have the right data which will create obstacles.

Rate of Infection: The  country still has a positive rate of eight percent, there is no continuous decrease in infection, due to which the number of patients is set to increase.

The government has started preparations for vaccination now. People associated with the vaccination program have also been alerted. Indian cold chain operators are working to create an efficient logistics network to ensure smooth delivery of vaccines. The officials associated with it said that all the cold chains and warehouses available in the country would be included in it and a large part of the vaccine would be made available simultaneously under the Universal Immunization Program (UIP).

Snowman Logistics CEO Sunil Nair said in an interview that we do not have enough capacity. Therefore, each city will have to look for such companies, including many private companies that have cold storage facilities and who can take care of distribution. Explain that Snowman Logistics is India’s largest cold chain network.

2. Dr. Reddy Laboratories has prepared for the delivery of Russia’s vaccine Sputnik in India, will be dispensed as soon as permission is granted.

3. India-based biotech company vaccine is in the second phase of ‘cocaine vaccine’, results are quite encouraging