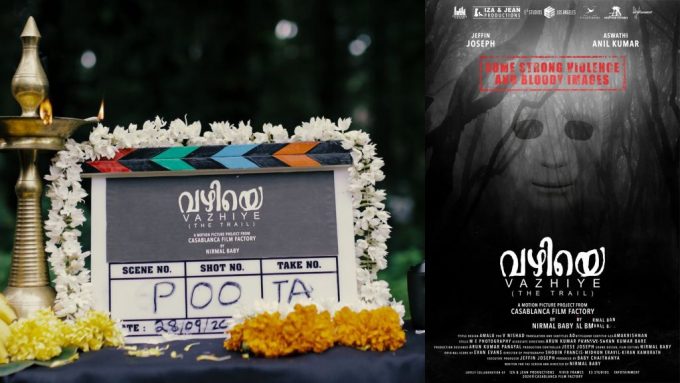 New Jersey: Nirmal Baby Varghese begun shooting for his next film Vazhiye. The team held a pooja function on monday to mark the commencement of the film’s first schedule. This is the first found footage movie in Malayalam.

Another interesting fact is Hollywood music director Evan Evans will compose the background score for this independent horror-thriller.

Evan Evans, has scored countless movies over the last 25 years in Hollywood. He is a world-renown specialist on the psychology of music in the dramatic arts who has innovated groundbreaking techniques for using music under visuals.

Jeffin Joseph is the executive producer. Editing and sound design by the director himself. The production designer is Arun Kumar Panayal and the project designer is Jees Joseph. Sanjay Thomas Chowattukunnel, Nibin Stany, Alen Jiji are the production controllers. Arun Kumar Panayal, Saran Kumar Bare are the associate directors. V Nishad is the PRO. Translation and subtitles by Addina and Srinsha Ramakrishnan. Amalu is the title designer and still photography by M E Photography.

Director Nirmal had released the announcement video and the title poster of the film on Thiruvonam day through his Facebook account. The film will be shot in Konnakkad, Ariyiruthi, Badoor, Kanamvayal, Pulingome, Cherupuzha and some Kasaragod-Karnataka borders.