Corona, Tax, Supreme Court … There was a lot of debate on these issues, in the first presidential debate, Donald Trump-Joe Biden’s verbal war

There was a heated debate during the presidential debate between Donald Trump and Democratic candidate Joe Biden for the US presidential election. Issues like Corona, tax to the Supreme Court led to a huge debate between the two. US President Donald Trump said on Wednesday that he had the right to nominate a judge for the Supreme Court, while his opponent from the Democratic Party, Joe Biden, insisted that the president winning the election should have done it.

The first presidential debate (presidential debate) between Trump and Biden began hotly during which issues such as health care, the corona virus and the future of the Supreme Court were discussed. During the first debate in Ohio, Trump was questioned in nominating Judge Amy Connie Barrett for the position vacated by the death of Justice Ruth Beder Ginsburg.

Trump said, “We have won the election and we have the right to do it.” Biden disagreed, saying, “The American people have the right to express their opinion in nominating a person to the Supreme Court and that happens when they vote for the US senator and the president of the US.” 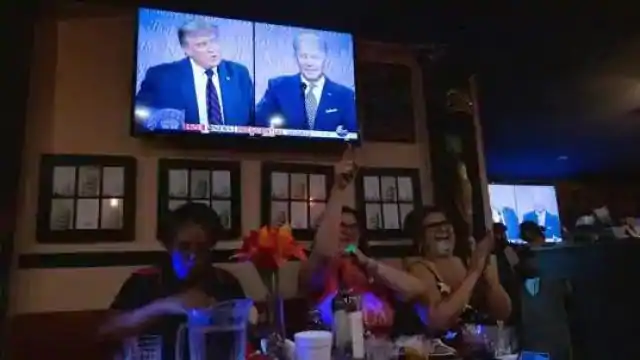 Biden opposed the nomination of Barrett, saying, “The public is not going to get that chance now because we are in the middle of an election, elections have begun.” Biden said, “If millions of people have already voted, then we should have waited, we should have waited for the results of these elections because this is the only way the people of America can express their views by electing the President and Vice President.” Can. ‘

Fox News’ famous anchor Chris Wallas was the first to conduct the debate. He asked, ‘My first question is, how are the arguments you both put today are right and your opponents are wrong and what do you think in the case of Justice Barrett?’

Trump said, ‘I would like to say to you, we won the election, every election has consequences. We have the Senate, we have the White House and we have an unprecedented person (nominee) respected by all people. I think she will do great work.

Meanwhile, Chris Wallace questioned Trump about making his tax information public, to which Trump said, “You’ll know about this.” But he did not say when it would happen. In the US, there will be three such arguments between Trump and Biden before the November 3 election.