Why can Corona be dangerous for US President Donald Trump? Risk is high due to these 3 reasons 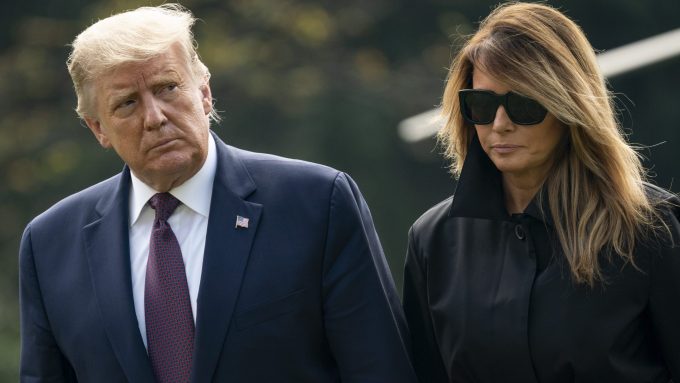 After US President Donald Trump and his wife Melania Trump were found corona infected, they are being sent greetings from all over the world, on the other hand it has seen its impact on the business and investors of the world. Donald Trump, who refused to wear a mask to avoid Corona, may have conveyed his contagion to the whole world in a very simple way, but the virus-hit Trump just before the election did not take this battle lightly. According to experts, Trump’s older age (74 years), being overweight and male are the three factors that put him in the high-risk category of Corona.

After the world’s most powerful man and his wife were found to be Corona positive, the US would also raise the issue even more in the election, when they were already being cornered by not being able to handle Corona effectively. Donald, who is 24 years older than Melania, is at greater risk of age, weight and gender than his wife. Although, even at this age, most patients experience only mild or moderate symptoms, researchers are still unable to fully understand why some become seriously ill.

“Kovid is like a Russian roulette (a deadly gun sport),” said Bian Olivier, an expert in the Respiratory Disease at the University of Technology Sydney. It can affect anyone badly, but we know that people who are older and are already battling illnesses are more likely to get infected and have a serious reaction. ” Whether the US president has any symptoms or not. The First Lady said in a tweet that she and her husband are feeling well. Trump’s Physician has said that the President and the First Lady have planned to remain in the White House during the recovery period.

There are also overweight
. In addition to the age of the trump, the risk of the trump being overweight also. According to the annual physical examination records in June, the height of the trump is 6 feet 3 inches and they weigh 244 pounds (110 kg). This resulted in his bodymass index (BMI) of 30.5. A person with a BMI of more than 30 weight falls in the category of obesity. However, experts say more studies are still needed on the relationship between obesity and death from covids. However, in August, a meta-analysis based on global data stated that the risk of obesity in obese people is 48% higher than those with normal BMI. According to a separate study, one-third of the more than 17 thousand patients admitted to hospitals in the US were obese.

What is for Trump? Expert advice
, says Thomas Wingfield, senior clinical lecturer at the Liverpool School of Tropical Medicine in the UK, believing that it is early for the corona to be identified in the trump, it would be good for them to keep themselves separate from the fluids. Drink more, relax and monitor the symptoms. He said that the condition of most people worsens 5 to seven days after getting infected and when there is difficulty in breathing, one has to be admitted to hospital.

This relief for Trump
is undoubtedly the world’s best medical facility available to the President of America. Top experts will be under his supervision for 24 hours. It is good for Trump not to drink and smoke, which can improve his general health. Apart from this, he is not suffering from heart, kidney or any other serious disease, due to which the risk increases further.