Imran Khan said- If there was a Kargil war without my knowledge, I would have sacked the army chief. 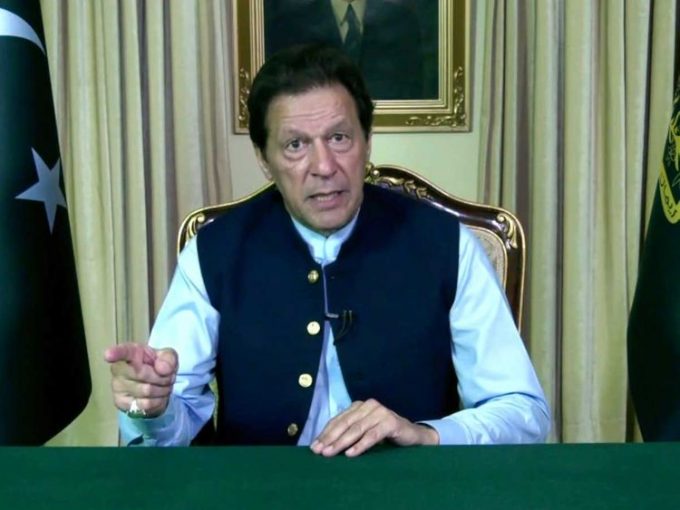 Pakistan Prime Minister Imran Khan has said that if there was a Kargil war with India without his knowledge, he would have sacked the army chief. Nawaz Sharif, who was Prime Minister during the Kargil War, has been saying for a long time that he was not aware of the events that started the conflict in 1999. Sharif says that then army chief General Pervez Musharraf attacked Kargil without informing him.

“I would have sacked the army chief if the Kargil campaign had been started without informing me,” Imran Khan said in an interview to private TV channel ‘Sama TV’ on Thursday. Khan also said that if the ISI chief gave him If he had asked for resignation, he would have removed it too.

Khan’s statement came in the context of three-time Prime Minister Sharif’s claim that the ISI chief had asked Sharif to resign when Khan staged a massive protest in the capital in 2014. Prime Minister Khan slammed Sharif for targeting the military establishment and said that the army is keeping the country united.

He said, “Look at Libya, Syria, Iraq, Afghanistan, Yemen.” The entire Muslim world is burning. How are we safe? Had there not been an army, our country would have been divided into three parts. ”Sharif recently gave two speeches from London where he has been staying since November 2019 for treatment. In this, he directly targeted the army for interfering in politics and claimed that Khan came to power only with the help of the army.

Khan said that it is not the army to run the government and the failure of a democratically elected government should not be used to implement martial law.