Corona virus: Donald Trump first seen in public after being discharged from hospital 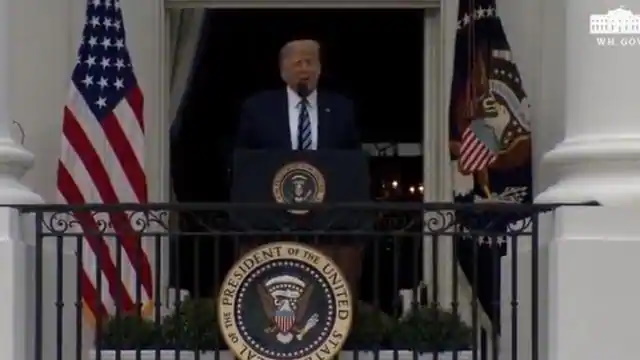 During this,  Trump said that through American science and medicine, we will eradicate the Chinese virus for all. Standing in the balcony of the White House, the US President has said that I want to thank all of you for your prayers.

His program was designed to be completely cured of the Corona virus and he was again ready to campaign against Democrat candidate Joe Biden in the election.

However the president appeared without doctors certifying that he is no longer infected with the deadly corona virus. On the other hand, a formal update has not been released by the White House about his health since Thursday.