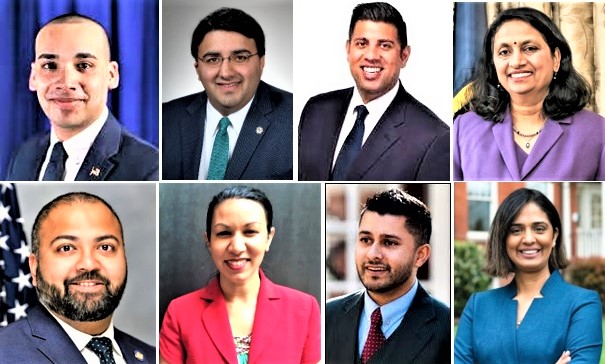 (New York, NY: October 14th, 2020) Since the initial days immigration from South Asia to the United States in the early 1960s to the present, Indian Americans have steadily grown from a very insignificant minority to the current fast growing and influential community in the United States. They are described as a model minority community for what they have been able to become and achieve in about half a century.

Moderated by Raj Goyle, Former Member of Kansas State Assembly and Co-Founder, IMPACT (New York, NY), the session showcased several Indian American leaders from the Northeast, with the audience from around the United States, on how they developed interest in public service, their challenges and the sense of pride and achievement in what they have accomplished.  Describing himself as a pioneer in US politics, Goyle said, “When I had joined politics, I did not know much of politics. I was one of the first to be elected to any State Assembly. And I am proud to be part of the new generation of PIOs/NRIs in politics.” said Goyle.

Raj Goyle began his career in politics following his work as a policy analyst and civil rights attorney. Goyle served two terms in the Kansas House of Representatives, making him the first Asian American elected to office in Kansas’ history. He is currently the CEO of Bodhala, a leading legal technology, and resides in New York City with his wife and two daughters.

In his opening remarks, Dr. Gautam Mukunda at The Center for Public Leadership, Harvard Kennedy School, Cambridge, MA, eloquently educated the audience on the history of universal adult franchise in the US, starting with the “fight by the Black Americans for voting rights in the US.” Stating that he had to learn the rising of the Indian Americans through academics, took the audience down the memory lane, when the 1st Indian American, Dalip Singh Saund to be elected to the US Congress in the 1950s. Referring to the pioneers of Color who had fought for equal rights and freedom, he said, “We could not be where we are today, if they did not fight for equal rights for all. There is no better way than running for office,” he said. Pointing to the many Speakers (Indian American Candidates Running for State Elective Offices in the Northeast of the United States), he said, “Everyone of you gives me hope. People in US believe that Indian Americans are capable of becoming leaders in the nation.”

Connecticut State Rep. Raghib Allie-Brennan, Candidate for CT House of Representatives in the 2nd District shared with the audience as to how he got interested in entering politics, especially through his “commitment to Environment after Hurricane Katrina devastated the nation.” While he had lost the election the first time by 260 votes, did not deter him from contesting again. And he won convincingly the second time he fought the election. “It was the desire to give back to the society that prompted me to enter politics and serve the people,” he said. 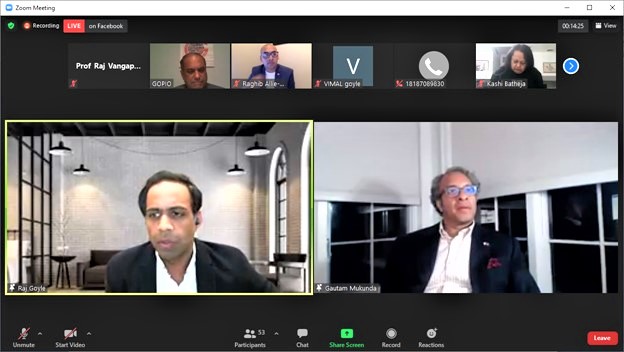 New York State Senator Kevin Thomas, a candidate for NY State Senate District 56, said, he is “proud of the community he has come to represent. My constituents sought change and they got the change by electing me.” Stating that there are many forces from outside of his state are pouring in money to unseat him, he urged the community to support him with fund raising efforts. Stating that during his short term in the NY Senate, he has been successful in bringing in much needed funding to serve the diverse needs with several new programs for his constituents.” He urged everyone to VOTE in the upcoming election and make “our voices heard.”

Ohio State Rep. Niraj Antani, a candidate for Ohio State Senate District 6, said, he is the 2nd Indian American ever elected to a statewide office and he is one of the only Republicans of Indian Origin to be elected. “I work hard to reach across the aisle and cooperate with people in both the Parties to legislate.” Sharing his early days and inspiration to enter politics, he said, “My parents worked hard to live the American dream. There is a need for us to be at the decision-making table. Everyone is able to realize the dream. We stand on your shoulders, to carry on the Indian values.” Niraj Antani is serving his third term in the Ohio House of Representatives. He was the youngest Indian American elected official in the United States.

Jeremy Cooney from Rochester, New York, a candidate for NY State Senate District 56, said, “I am from India. I was adopted as a young child. My commitment is to give back to the community.” Cooney added, “I had great opportunity to work for elected officials and grateful for the opportunity to serve. We cannot control the politics of DC but can serve the inclusive NY state.”  Born in an Indian orphanage, Jeremy was adopted by a single-mother and grew up in the South Wedge neighborhood of the City of Rochester. After losing his mother to dementia and brain cancer, Jeremy has devoted his career to serving the community that helped raise him from the YMCA to all levels of government. Now Jeremy is running for State Senate to create new and good paying jobs, improve schools and provide access to quality healthcare for all.

New Hampshire State Rep. Latha Mangipudi, who is a candidate for NH House of Representatives 35th District for a 5th Term, shared with the audience about her own life, challenges in becoming a female, non-White elected official from a state which is majority White. “It was a very slow and gradual journey after I had come to the US to pursue higher studies in the 1980s.” Inspired by Gandhiji’s message of non-violence, which Martin Luther and late Rep. John Lewis had imbibed in their public life, the 1st generation Indian American said,  “I am a woman, Brown colored, 1st generation Indian and very vocal in expressing my views.”

Rupande Mehta from New Jersey, a candidate for NJ State Senate District 25, said, “I have been working in my community for long, which needs a new leader, who can represents our values of my state and my constituents.” Describing his life as “My story is a story of dreams. Coming from Mumbai, seeking freedom, I am running for office, because representation matters.” If elected she will be the first person of South Asian to be elected from his District. “I am ready to take on the most conservative, who has no regard for public safety,” Mehta added.

NJ State Rep. Raj Mukherji from NJ’s 33rd District said, “My story is simple.” Stating that it is “premature to say we have arrived. Our community’s vote matters. We are proud to be Brown hibernated community.”

Kesha Ram, Burlington, Vermont, a candidate for VT State Senate Chittenden District, shared of the reasons for her entering politics. “I got engaged with the community for long, where we care for each other.” One of the youngest ever to be elected to State Assembly at the age of 21, she said, she had left active politics, and now she is back to run for the Senate seat. “As a daughrer of a Punjabi from India, I remember my Math classes. I try to listen and follow up. Ninety percent of what we communicate is through body language. I strive to make people comfortable,” which helps the Indian American win people’s hearts.

Deepak Raj, on his remarks said, there are as many as 70 Indian Americans are running for office in the upcoming elections around the nation, and the scope has expanded today across the nation. “This is our time,” said Raj. “Across the country, a record number of Indian-Americans are running for office. We can’t leave it to chance that they will win on their own. We owe them our support — and we have a plan to help them run, win, and lead. We are nowhere on the celling yet. We are at an early stage. But I am thrilled to be where we are today. There is lots to be excited about 2020 and beyond.”

GOPIO Chairman Dr. Thomas Abraham, the coordinator of the event, in his welcome address, underscored the need for Indian Americans to come together and help elect the candidates across the nation, who are standing for election. He assured the support of GOPIO, which has become an active and dynamic organization hosting interactive sessions with policy makers and academicians, community events, youth mentoring and networking workshops, and working with other area organizations to help create a better future.

Indian Americans in 2020 Elections by IMPACT and GOPIO LIVE –