The rights which the Dalits had gained through the struggle, are being lost today: Ajay Kumar

Many rights came out of the debates of the Constituent Assembly, when the Indian Constitution was made, those rights were written in it and many rights were later acquired by the Dalits from their struggles and movements. However, a lot of time and struggle of the Dalits went in that the state did not implement those rights properly. 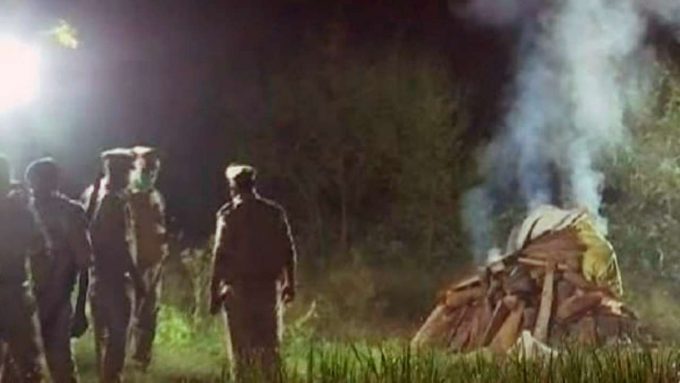 I would like to start with a few simple points. These are the things that have been forgotten or we keep on acting that we have forgotten them, while these things are present around us in our world.

In the village, to the south of the settlements, it is all seen as working as a farm laborer, sometimes abusing, violence and second-class citizens, as the rape of their women.

You see all this daily in newspapers and disappear the next day. This is also because the second day is the day of action. On this day, society, state and politics are tested whether they will stand in favor of these persecuted people or they will pay attention to this problem. As done with the victim in Hathras.

Why am I writing this thing here, because I feel like we have taken our attention away from these things and we start seeing something else, because the character of the state is such that we all see what it wants to show.

In this, the state and the press itself, media, writers, officials, political parties are all included as state institutions. There are more things involved in this. You all know him, but why and how did this happen?

This has happened due to Dalit politics, because in the memory of us, Dalits are now seen as the object of elections. He is seen as a vote in the statements of TV, newspaper and politicians.

Forget Hathras, forget Balrampur, Lakhimpur Kheri, Jaunpur, Unnao, Rajasthan, Bihar or even Nirbhaya of Delhi. There is much to be forgotten or forgotten here.

And girls are always there to forget or forget. If there are Dalits, Adivasis or poor people in it then why should they be remembered.

However, when we have to take their votes, we remember them very strongly. During this time many kinds of stories are made. All this is done by looking at the time, place, person, religion, caste and the perception is made that democracy is not possible without them.

In the meantime, these forgotten people feel that we have become so important to the country. But after the completion of this story, you are forgotten again.

Someone is saying that we do not talk to them, then how will our boys touch their girl?

This is the ego of caste. A Ballia MLA is saying that girls should be cremated. Now the MLA can tell which rites the girls working in the field-barn should learn.

People of the aggrieved family and community are saying that Sir, we do it from a distance, Sita-Ram. If we do not call it fear now, whom will we call it? We all know who the farm and land are, who has more and the people and communities who depend on them.

The dependent community is always scared. Here the role of the state and its institutions increases with whom it will stand.

Look at the violence and incidents happening these days, who is dying and who is killing? Who is behind this What are the reasons?

The incidents of crime against women in the cities and states of Hathras, Balrampur, Lakhimpur Kheri, Jaunpur, Unnao, Rajasthan, Bihar, etc. have been included in the most brutal ways.

In this context, people who talk about the abolition of constitutional rights and laws given to Dalits. I could not agree with this, I believe here that special protection is necessary for Dalits.

Law, special support and positive protection of the state is needed so that it does not get killed. They get some relief from limited legal protection.

State and Role of Education

See, this is a very simple thing that needs to be taken seriously. These people are suffering people, it is not a day’s suffering. This suffering has its own social.

The question is whether the things said by them are being said in anger. There is anguish of centuries it will not go away in a day. Sometimes, you cannot even say these things properly to you, because an atmosphere of fear has been created. Look at the women of the afflicted family of Hathras, they were not able to say their words properly.

It is the responsibility of all of us that everyone should be heard properly, without any hindrance, they should be recorded in their duties and responsibilities. That society should be understood.

We all have to see that the rights which the Dalits had gained through struggles, are all being lost today, but now why this is happening, we will have to consider this.

In fact, many rights came out of the debates of the Constituent Assembly, when the Indian Constitution was made, those rights were written in it and many rights were later acquired by their struggles and movements.

But a lot of time and struggle of the Dalits went in that the state did not implement those rights properly or did not act properly.

The Dalit of India fights only for the constitution day by day, sometimes a little constitution, little relief is available and the rest is still a dream.

Today, the weakest, persecuted people, women, wanderers, tribals and dalits are most in need of Parliament, law and constitution. So the first responsibility of educated people is to make the environment around them in accordance with the Constitution.

Those who are out of school or have been expelled also tell the constitution, help them to become strong spiritually and politically and strengthen constitutionalism.

The Dalits who have studied till now, you all know that this inspiration of reading and writing for Dalits comes from Dr. BR Ambedkar, because his biggest emphasis was on education, organization and struggle.

It is due to this struggle that the Dalits have done a big job that they have written to their past, they have told everyone about themselves which they keep acting to forget. In this, he wrote poems, wrote stories, wrote novels, autobiographies, pamphlets and wrote songs. 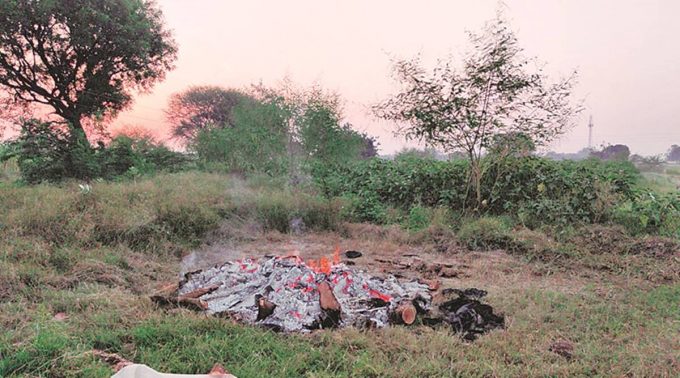 But let me tell you here that all these are not only medium of expression. It is not only a political act, it is also a struggle or a fight. It is also the beneficiary of its presence in an uneven world.

It is also of importance that through this medium of expression it creates an aura of politics but it is not able to change the power structure. It has its limitations.

The slogan has been that the president should have a son or a peon’s child, education for everyone is equal. Only the government can translate this slogan into reality.

At a time when massive mobilization is being done to privatize education, public education becomes necessary. Gandhiji argued that if the British liberate India, they too will be free from greed and violence. The same thing can be said for education.

Now see whether the feudal fort was broken or broken, but the remains are left. They are now in front of us in the form of caste arrogance, their land is going to be cultivated, which used to give them strength, but still the pride of caste remains.

Seeing the villagers of Hathras village and all these things, power and wisdom, it seems from where they belong to the upper caste. There is no such thing that gives high status to all of them. What makes them so arrogant, that their thinking towards girls, women and Dalits still remains.

What has the Indian state done till now, which remains such a thinking of them. How can this kind of thinking be changed? What the Indian state has not been able to do is to pay attention to the process of building and creating a civil society through education.

Education can be a great medium through which such thinking can be changed. Looking at all these events, it seems that education should first reach those who represent or come from feudal communities.

It is said that education makes everyone free. Therefore, education does not only free the exploited, but it also frees the exploiters. Though in limited scope but thinking can change.

A question from the Dalit movement

The final point is to say that a huge social change was brought about by the Indian Constitution, through which the weaker sections of the society started getting many facilities like education, jobs, reservation in assembly and parliament etc., due to which the Dalits It has got little opportunity to enter mainstream society and politics, but this is not enough.

Dr. Bhimrao Ambedkar had said that it is education that can be used as a weapon to end social slavery and only from this, people of weaker and downtrodden can get socio-economic and political freedom.

I feel that to make Indian society equal and just, today most of these four things are needed: equality, fraternity, friendship and dignity. But seeing the recent developments, these ideas are seen getting marginalized from the Indian society.

Those who think that salvation will be possible alone will not happen. Therefore, people of all religions, communities and castes in India have to remember that whenever there is liberation, it will be collective.

(The author is a Fellow at the Indian Institute of Higher Studies, Shimla.)