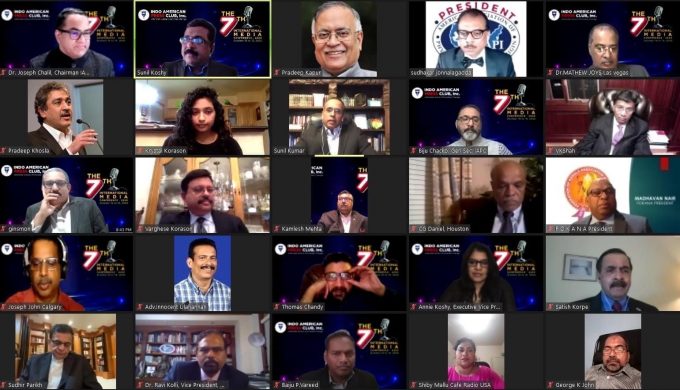 [1]New York: Virtual need not be vacuous. The Indo-American Press Club (IAPC),  the largest organization of Indian-origin journalists in North America, amply demonstrated this with its hugely successful 7th International Media Conference (IMC) last weekend held virtually to ensure safety for all involved.  With participation by eminent people and media professionals, the annual meet was choc-a-block with programs and scintillating discussions, which enlightened all on pressing issues like the Covid-19 pandemic, US presidential election, Indo-US relations and freedom of press. The finale was awards presentation in various categories to prominent people in their respective fields. The entire programming was live-streamed on social media and ethnic TV channels.

Inaugurating the conference, Ms. Shanimol Usman, MLA from Kerala, said that the global Covid crisis has spotlighted role of the media in getting reliable news to the people. In a democracy, it is media’s responsibility to bring vital issues to the attention of the government.

IAPC Chairman Dr. Joseph M. Chalil in  his welcome speech said that IAPC is supporting many media persons hit by the Corona crisis.  Dr. Chalil is the Chairman of Healthcare Advisory Board and an Adjunct Professor at H. Wayne Huizenga College of Business and Entrepreneurship, Nova Southeastern University in Florida, and a member of the Dr. Kiran C. Patel College of Allopathic Medicine Executive Leadership Council, FL.

In his presidential speech, Dr S.S. Lal  said that IAPC sees strong work by Indian-origin journalists in North America. Dr Lal is working for Family Health International, a partner of WHO and is Director of Infectious Diseases (Tuberculosis Portfolio) and in the leadership of key WHO global committees.

With the election just a fortnight away and Indian community courted by both sides, IAPC’s US Presidential Election Debate on Sunday deliberated on strong and weak points of both President Trump and the challenger Joe Biden. Republican side was represented by Puneet Ahluwalia, candidate for Lt. Governor in Virginia, Dr. Sampat Shivangi, Delegate to RNC, and Dr. Anand Tamhankar, a multi-disciplinary expert and physician.  The Democrat panelists were Sujata Gadkar-Wilcox, candidate for Connecticut State Assembly, Anil Bansal, President of FIA-tristate, and Dr Hetal Gor, OBGYN, NJ. Topics discussed included handling of Covid-19, Obamacare, withdrawal from WHO, immigration, Indo-US relations, economy and jobs, and climate change. Whatever party you support, ensure that all should exercise our right to vote responsibly – that was the positive conclusion of the debate moderated by TV anchor and former IAPC President Dr Renee Mehrra.

Former deputy ambassador of India to the US, TP Srinivasan launched IAPC’s Newswire project that will collate and disseminate news covered by IAPC members to subscribers around the world, IAPC Directors Kamlesh Mehta and Ajay Ghosh explained. Mr Srinivasan, speaking from Thiruvananthapuram, noted that Indian origin journalists are increasingly appearing in the mainstream media in the US. He pointed out that Covid has increased the use of technology and changed the course of the world.

A key seminar at IMC was titled “Freedom of Press in India and US”. It was headlined by Siddharth Varadarajan, former editor of The Hindu [2] and cofounder of The Wire. The point made was that governments, political parties and corporate interests do try to suppress and control the media. Generally speaking, freedom of press is under duress in India while the media in the US enjoys much more freedom. Azad Jayan (Niagara) was the moderator.

The session on ‘India’s relationship with countries like US & Canada’ was led by seasoned Indian diplomats, T.P. Sreenivasan and Pradeep Kumar Kapur, former Indian ambassador to Chile and Cambodia. Moderator was Dr. Aann Abraham (Alberta).

A book titled “Beyond the COVID-19 Pandemic: Envisioning a Better World by Transforming the Future of Healthcare”,  co-authored by Amb. Kapur and Dr. Joseph Chalil was released in association with IAPC on Saturday morning.

IAPC Executive Vice President  Annie Koshy introduced her motivational book “How to be your Badass Self”, a guide to use your inner energy for brand success. 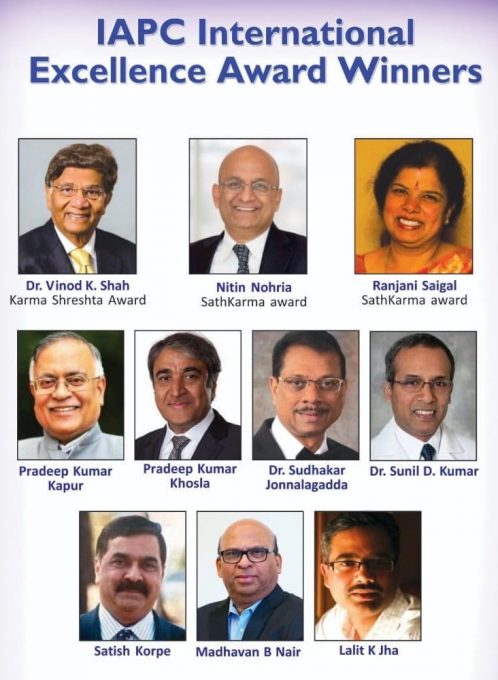 The Community Service Award was shared by Satish Korpe and Madhavan B. Nair. Korpe, CEO at Potomac Engineers, is involved in small business issues in Maryland-Virginia area and is active in local organizations. Mr Nair is a chartered Financial Consultant and President of FOKANA. Dr. Parikh presented him the award.

The awards evening was emceed by IAPC Director Korason Varghese and Krystal Korason. Treasurer Reji Philip gave the vote of thanks, concluding the conference. 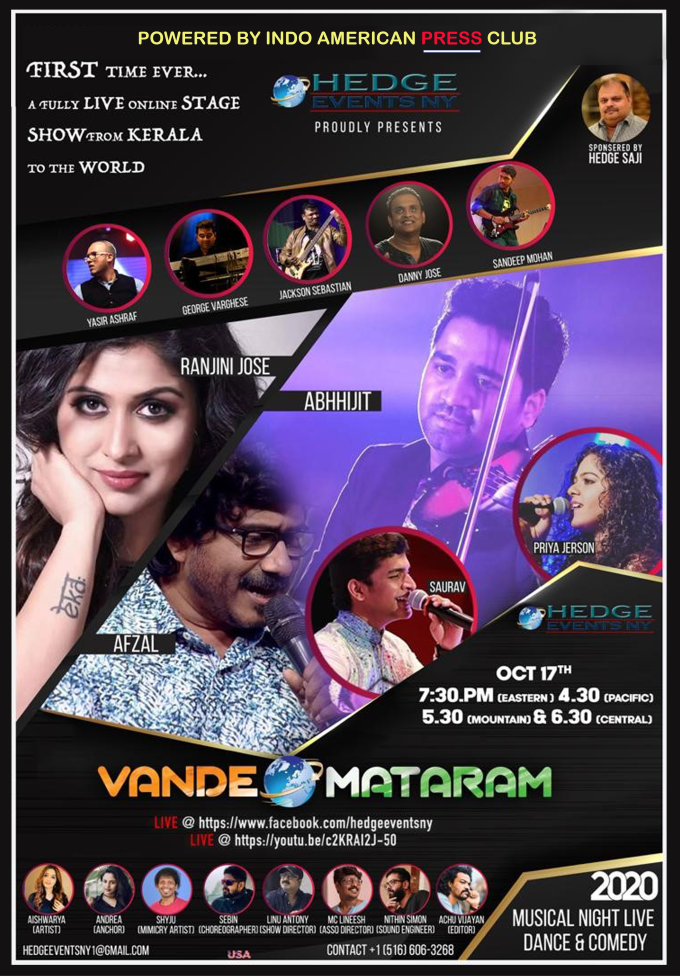