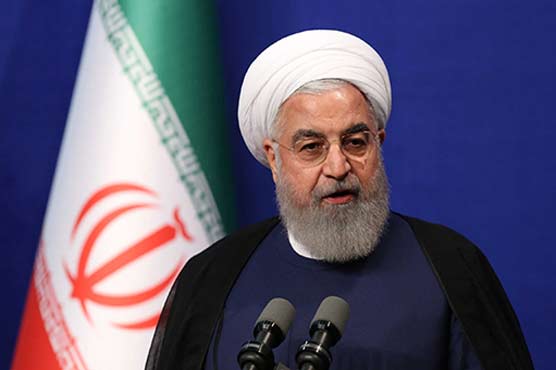 “Insulting the Prophet (PBUH) is no achievement. It’s immoral. It’s encouraging violence,” Rouhani said in a televised speech during the weekly cabinet meeting.

“It’s a surprise that this would come from those claiming culture and democracy, that they would somehow, even if unintentionally, encourage violence and bloodshed,” he added.

French President Emmanuel Macron has strongly defended secular values and the right to mock religion following the murder of a French schoolteacher who had shown his class caricatures of the Prophet Mohammed (PBUH).

Macron’s comments triggered protests and a call to boycott French goods in some Muslim-majority countries.

Rouhani said that “the West should understand that … insulting the Prophet (PBUH) is insulting all Muslims, all prophets, all human values, and trampling ethics”.

He added that “every single European is in debt to the Prophet (PBUH), as he was the teacher of humanity”.

Rouhani also called on the West to “stop interfering in Muslims’ internal affairs” if it “truly seeks to achieve peace, equality, calm and security in today’s societies”.

Iran on Tuesday summoned a senior French envoy, the charge d’affaires, to protest the “unacceptable behaviour of the French authorities”, after a chorus of criticism aimed at Macron by top Iranian officials in recent days.